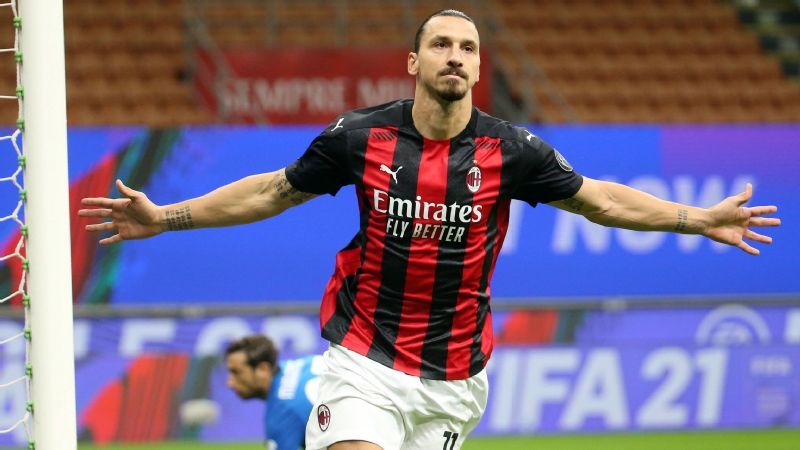 Zlatan Ibrahimovic scored an acrobatic late goal, taking his league tally to seven this season, to give Serie A leaders AC Milan a hard-fought 2-1 win at Udinese on Sunday.

Udinese defender Sebastian De Maio sliced an attempted clearance and Ibrahimovic, with his back to goal, hooked it into the net with an overhead kick in the 83rd minute despite not making proper contact.

The 39-year-old also set up Milan’s opening goal for Franck Kessie in the 18th minute before Udinese equalised with a controversial penalty converted by Rodrigo De Paul three minutes after halftime.

Milan have 16 points from six games, four clear of Atalanta while, struggling Udinese have three.