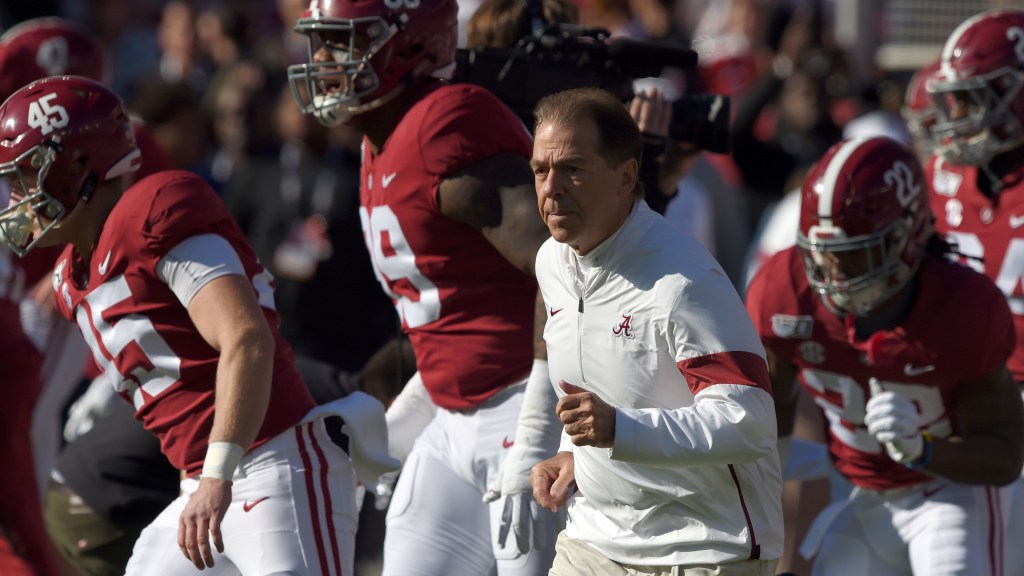 Alabama is set to face off against Florida in Atlanta for the 2020 SEC Championship.

The Crimson Tide finished the regular season undefeated, the only team in the conference to accomplish such a feat. They also stand alone as the sole winner of the West division.

The Gators were on pace to enter the postseason with only one loss on their resume and a chance to make the College Football playoff with a win over Alabama.

This game will now serve as Florida’s play-in for a New Years Six bowl game, as they lost the last game of the season to LSU. Because they suffered two losses, they will be named co-champions of the SEC East with Georgia. Florida defeated Georgia in a head-to-head matchup during the regular season.

Oddsmakers at BetMGM have the game leaning heavily in Alabama’s favor.

Odds courtesy of BetMGM, The King of Sportsbooks.

Here’s where the lines are set for this final SEC matchup:

Gannett may earn revenue from audience referrals to betting services. Newsrooms are independent of this relationship and there is no influence on news coverage.