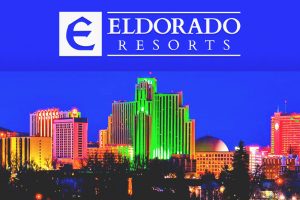 The New Jersey Casino Control Commission finally signed off on the merger between Eldorado Resorts and Caesars Entertainment on Friday after grueling three days of testimony.

The two-member board was the last regulator that had to approve the $17.3 billion mega-deal that will create the largest US casino operator by number of properties.

While Eldorado’s management did not provide details on when the merger would close, it is believed that this could happen this week. The Reno, Nevada-based regional casino operator has been paying $2.3 million per day in ticking fees since March for failing to close the deal before the end of that month as originally projected, which is why it will be probably looking to complete the transaction as soon as possible.

Eldorado and Caesars needed approval from the regulators in all 16 states where the combined group would be running casino properties, shareholders, and the Federal Trade Commission (FTC) in order to be able to close the deal.

Investors in both companies approved the transaction last fall, while the FTC ruled on it in late June. Regulators in Nevada, Indiana, and New Jersey were the last ones that had to give their blessings to Eldorado and Caesars’ tie-up. While obtaining approvals in the Silver and Hoosier States was a relatively smooth sail, things were a bit different in the Garden State.

However, Caesars agreed to sell Bally’s to Twin River Worldwide Holdings this spring. The deal is subject to regulatory approval and other customary closing conditions. The sale of Bally’s will reduce the merged operator’s properties to three – Tropicana, Caesars, and Harrah’s – and will restore the previous balance in Atlantic City.

In addition, Casino Control Commission members made Eldorado executives promise to lift existing deed restrictions on casino gambling on the Showboat Hotel Atlantic City, The Claridge hotel, and the shuttered Atlantic Club Casino Hotel, which had all been owned by Caesars in the past.

In deliberations leading up to the Friday vote, New Jersey casino regulators told Eldorado officials who gave testimony that they have “been honest about the challenges” that lie before the future combined group and that “they have made commitments to restore the proud history of the properties they would acquire and they’ve acknowledged the importance of Atlantic City to their success.”

Eldorado’s CEO, Tom Reeg, said before the Casino Control Commission that the “new Caesars” will create a $400 million account to fund updates at its three properties in Atlantic City. That could rise to $525 million, if the sale of Bally’s falls through.

Those investments will be ploughed into property upgrades over the next three years. After that, the enlarged group will allocate 5% of its revenue to improve the three Boardwalk casinos.

When the deal closes, Eldorado investors will own 56% worth of shares of the new company. Mr. Reeg will step in as its CEO and it will operate and trade as Caesars Entertainment Inc.