Lampard fighting to keep his job

Chelsea manager Frank Lampard is coming under increased pressure after a poor run of form and an FA Cup upset against Luton this weekend could bring an end to his tenure. Lampard’s legendary career in the Chelsea midfield has arguably given him additional breathing space but owner Roman Abramovic is not renowned for being patient and more than £200m spent last summer only raises expectations at the club.

Qualification for the Champions League and a run to the FA Cup final last season was a strong first campaign for Lampard but his team appear to be going backwards at the wrong time.

The Blues briefly topped the table in December but five defeats in eight Premier League games have seen them drop down to eighth and 11 points behind leaders Manchester United.

A limp 2-0 defeat at Leicester on Tuesday was another major setback for Chelsea. The Blues thrashed Morecambe 4-0 in the FA Cup third round earlier this month but it is their worrying league form which is threatening to cut short Lampard’s managerial reign.

Luton pulled off a great escape last season, after returning manager Nathan Jones guided the club to safety in the Championship. It was an impressive feat for a team that were marooned in the relegation zone for much of the campaign. Jones has enjoyed nothing but success at Luton and appears at ease at Kenilworth Road after an unhappy spell at Stoke City.

The Hatters are currently in mid-table in the Championship and this will be deemed more than acceptable with the team 13 points clear of the bottom three. Consolidation is Luton’s priority and the team can focus on their attractive FA Cup tie with little to worry them in the league. Luton, who were beaten 1-0 at promotion challengers Brentford on Wednesday, booked their place in the fourth round with a 1-0 win at home to Reading. 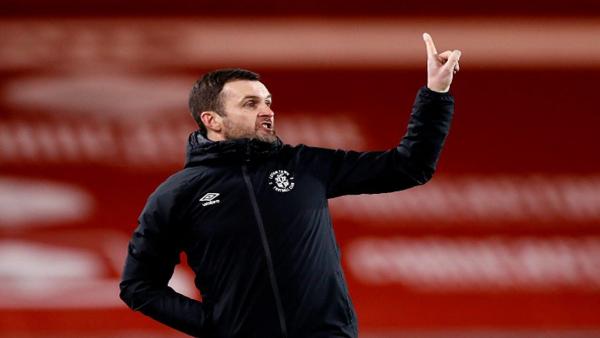 Chelsea are huge favourites for this match but the hosts are virtually unbackable at just 1.171/6. Despite their recent struggles, there is a big gulf in class and Chelsea should be far too strong for their opponents. Lampard will no doubt rotate his squad but any team he picks ought to win with something to spare.

Luton are as big as 21.020/1 to pull off a massive upset. The visitors might fancy going to Stamford Bridge, with the pressure on Chelsea, but it is still hard to make a convincing case for them. Luton have been knocked out in seven of their last eight FA Cup ties against Premier League opponents and the underdogs have it all to do.

The draw can be backed at 9.89/1 but even that fails to appeal. Chelsea have progressed from 51 of their last 53 FA Cup ties against lower league opposition and the hosts can offer a little respite for Lampard by reaching the fifth round. Luton may set up to frustrate Chelsea but the Premier League side’s array of tacking talent should prove too much for them.

With Chelsea prohibitively priced to win, it is worth looking for alternative ways to back them to prevail. Luton have only scored 21 goals in 25 league games and should not present too many problems in attack but the side are fairly solid. The Hatters have not conceded more than two goals in a game since the end of November and their last 11 matches have all seen under 3.5 goals.

Chelsea, who have netted once in their last two matches, are backed to win but may have to settle for a low-scoring victory. Luton are likely to set up defensively and a bet on Chelsea to win with no more than three goals stands out at 11/10. Another bet worth considering in the Same Game Multi market is Chelsea to win and not concede at 1.84.

Chelsea striker Olivier Giroud has been involved in 25 goals in 32 FA Cup appearances in his career (16 goals, 9 assists), including 19 in 20 starts in the competition (12 goals, 7 assists). Giroud is 8/11 to score this weekend.