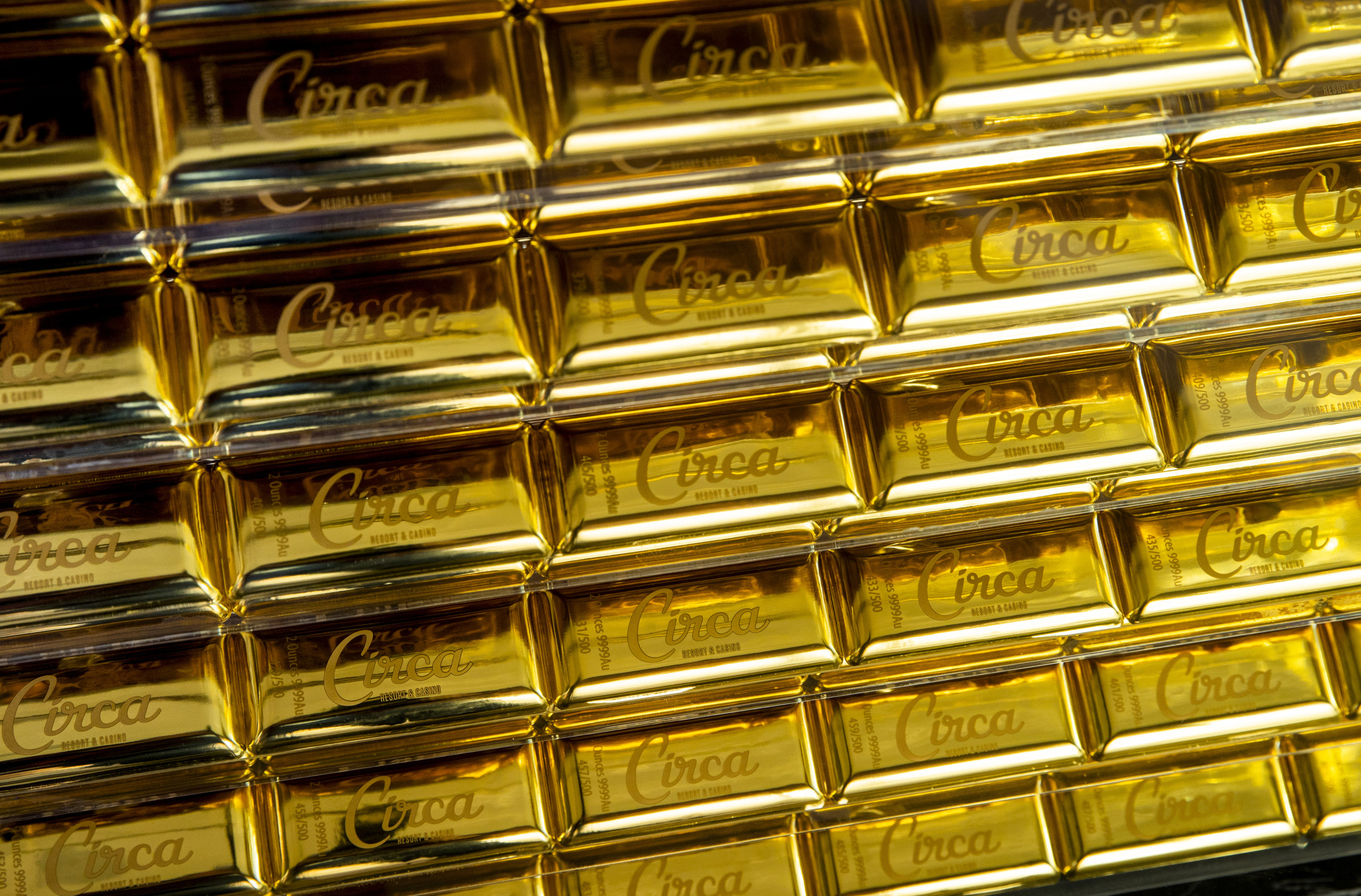 With panoramic views, indoor-outdoor seating and $1.8 million worth of gold bars on display, Legacy Club promises to bring Fremont Street luxury to new heights, literally. And while it won’t open its doors to the public until Monday, Circa owner Derek Stevens offered a preview Tuesday of the resort’s luxurious rooftop lounge.

The entrance to the club is on the ground floor, where a set of express elevators are tucked away behind a hostess stand and glimmering golden gate. Upon boarding, guests will be whisked 60 floors, 35 stories and 458 feet into the sky. Exiting that elevator they’re greeted by metal busts of the 11 iconic Las Vegans whose pioneering spirit the club is meant to honor: Jackie Gaughan, Benny Binion, Jay Sarno, Kirk Kerkorian, Sam Boyd, Steve Wynn, William Bennett, Bob Stupak, Frank Fertitta, Barron Hilton and Howard Hughes.

Legacy Club includes 8,400 square feet of indoor and outdoor space, with wrap-around views to the south, west and north. While the focus of the interior is the 12-seat bar on the east end of the room, its most Instagrammable feature may end up being a display of solid gold. As guests enter, they pass a glass case housing 500 two-ounce bars of solid gold, each engraved with the Circa logo. A digital display continuously updates the value, based on the spot price of gold. (At 3:30 p.m. Tuesday, it clocked in at a cool $1.86 million.)

“It’s kind of fun to be able to see the value go up and down all the time,” Stevens says. “Gold’s a 24-hour market. So it’s something where somebody could take a picture, and then maybe they want to come back in a couple of days and see if maybe it’s worth a little bit more.”

For those who want to sit indoors, the most coveted seats may be four velvety red booths with glittering crystal light fixtures, although their views of the northern valley (and The Neon Museum) aren’t quite as dazzling as those of the Strip on the south side of the room. Those who choose to drink al fresco will have their choice of facing south, west or north on the patio, with fire pits at the majority of tables in the current socially distanced setup. (The patio will sit about 250 in normal times, and about 150 under current restrictions.)

Stevens predicts sunset will be one of the most popular times to take in the views atop the tallest valley building north of the Strip.

To wet your whistle while appreciating that view, the bar menu currently includes 16 specialty cocktails, with more expected. There are also 15 beers, 9 vodkas, 23 rums, 19 types of gin, 20 different tequilas and mezcals, 14 cognacs and over 190 types of American, Scotch and Japanese whiskeys. Stevens calls the menu “a pretty unique inventory” with “a little bit of everything,” but says he hopes it’s the people who are the standout attraction.

“I think I’d like it to be known for some great bartenders and great service.”

Legacy Club will be open Sundays through Wednesdays from 4 p.m. to 2 a.m. and Thursdays through Saturdays until 4 a.m., starting Monday.