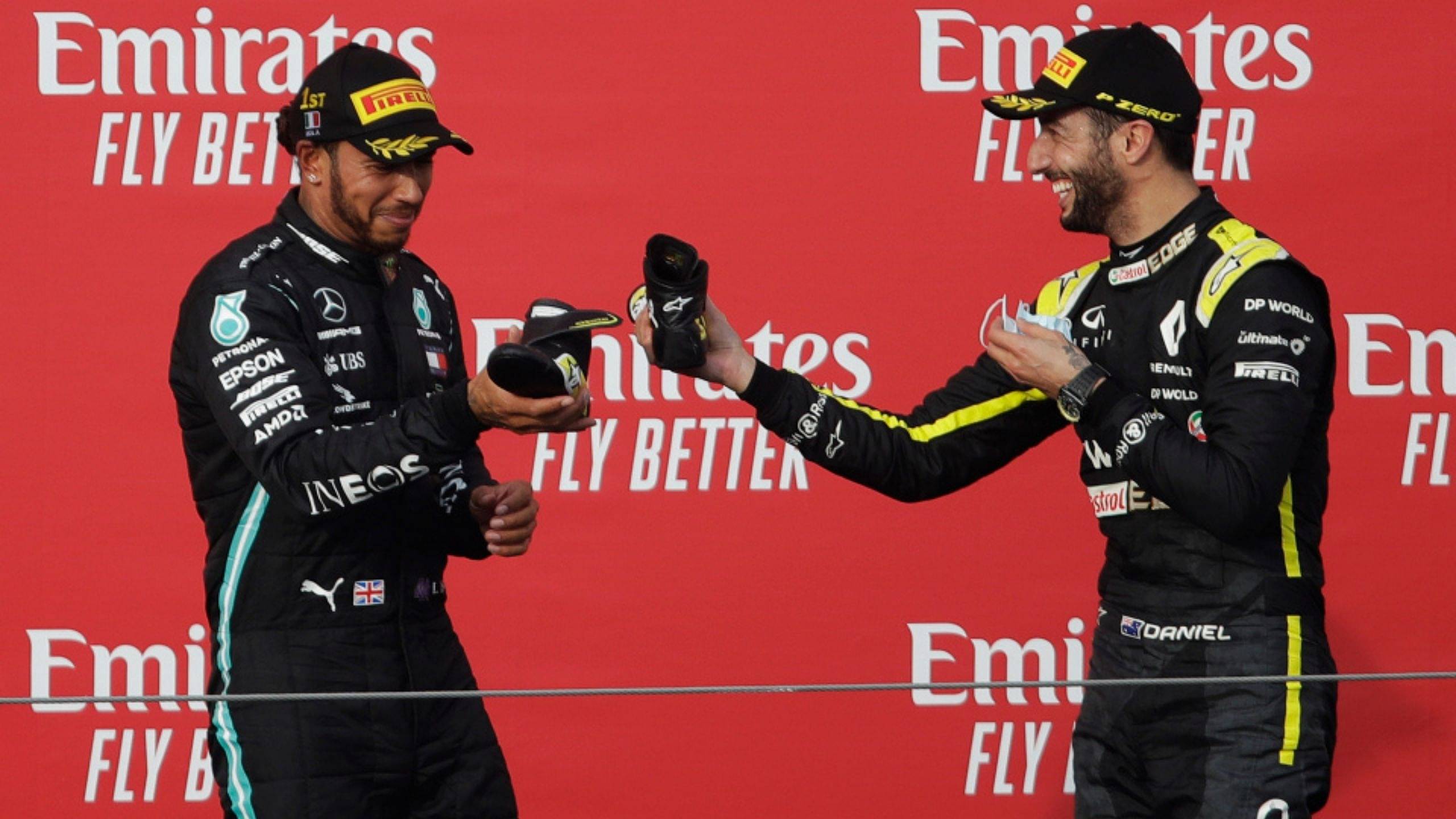 “If the sparkling wine is cold, then it tastes good. If it’s warm then you might get the sweat through it but the cold taste kills the bad stuff… so it’s delicious” – This is what Daniel Ricciardo describes the epic shoey as.

The Renault driver had a shoey moment in F1 after a long time after grabbing the podium at Imola earlier today. He did so after finishing 3rd, behind the Mercedes duo of Lewis Hamilton. and Valtteri Bottas.

If him doing it himself was not enough, he also convinced Hamilton to try it, who did it sportingly. Hamilton also had reasons to celebrate as his win meant Mercedes clinched their 7th consecutive Constructors Championship, the hottest streak in the sport now, beating Ferrari.

Right, who had “Lewis Hamilton drinks Daniel Ricciardo’s foot juice on the podium” on the 2020 bingo card? #EmiliaRomagnaGP pic.twitter.com/SIAKrbB6aC

Ricciardo introduced shoey to F1 in the 2016 season, celebrating it at the German Grand Prix. He did so again in a Belgian GP at Spa, with Red Bull teammate Mark Webber for company. In a Malaysian GP, he made the entire podium do it, which included teammate Max Verstappen, boss Christian Horner and Mercedes’ Nico Rosberg.

pure shoey happiness. i think daniel ricciardo may be the only person in the world who could convince lewis to drink out of a shoe. happy happy boys. #ImolaGP #wtf1 pic.twitter.com/HJIQKKr75c

He repeated the celebration in the 2017 Azerbaijan GP at Baku, this time rookie Lance Stroll for company. He got the podium earlier this season in the Eifel GP at Nurburgring, but he forgot about the shoey!