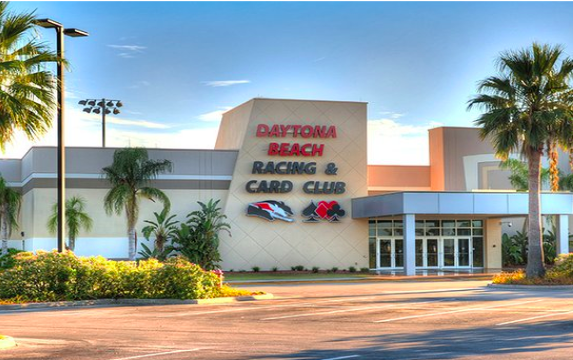 Plans for a major new gambling facility in South Florida are in flux after a legal challenge.

Bayard Raceways had planned to open an eight-acre site near St. Augustine but doubt was cast over the project after a challenge was launched by Daytona Beach Kennel Club.

However, Bayard may not be able to move forward with the proposals even though they were filed to the Florida Department of Business and Professional Regulation all the way back in July.

Following a ruling that was recently made by Judge Suzanne Van Wyk, it is unclear what the future holds for the proposed development.

What are Bayard’s plans for the site?

Bayard wants to create a huge new gambling facility along Interstate 95 through the use of a long-existing gambling permit.

But the plan from the gambling company was opposed by Daytona Beach Kennel Club, which claimed the relocation proposal had not been properly analyzed under local administrative law.

The judge’s ruling, though, came out in favour of Bayard Raceways and the plans for a new pari-mutuel facility in the area can now start to move forward once more.

The permit has also been used for another track in Clay County and the company’s intention to change its use got the green light last September from the director of the state department’s Division of Pari-Mutuel Wagering, Louis Trombetta.

Opposing the latest change to the permit’s use, Daytona Beach Kennel Club argued that the location of the new site would be less than 50 miles away from its own facility.

Daytona Beach Kennel Club, which hosts poker tournaments that offer a way into the 2021 WSOP Main Event, can be found on S Williamson Blvd.

The site, which trades as Daytona Beach Racing and Card Club, has been open since 2008 and offers betting on greyhound races from across America.

While the ruling from Judge Suzanne Van Wyk came in Bayard’s favour, that is not necessarily going to be the end of the matter and there could be further legal arguments ahead.

This is due to the fact that Daytona Beach Kennel Club has filed a separate challenge to the change in permit that also needs to go in front of a hearing by an administrative law judge.

It seems clear that Daytona Beach Kennel Club remains determined to fight against the development of the new Bayard site, despite failing in its argument that the approval of the plan was an improper “unpromulgated rule”.

Since a change to gambling regulations in 2018, greyhound racing in the state has been banned.

But Daytona Beach Kennel Club remains able to allow players to bet on races taking place elsewhere in the country, with the action beamed into the facility via television screens.

There are various other gambling options for people in the state, such as casinos, though these have been hit hard by the COVID-19 pandemic.

Seminole Casino Hotel Immokalee was among the sites that had to close their doors last year, but the facility reopened during the summer.

Daytona Beach Kennel Club has had a very difficult last 12 months, just like a lot of businesses in the South Florida area.

The ban on greyhound racing was always going to result in major changes at the facility.

But the site had to shut down its racing ahead of schedule as a result of the pandemic. This meant that hundreds of dogs were in need of rehoming.

“We are kind of scrambling, but all of the greyhound rehoming groups are trying to work together and distribute the dogs as best as we can,” said volunteer Carolee Ellison.

Daytona Beach Kennel Club battled to stay relevant with the focus of the site instead switching to poker, with a range of tournaments hosted at the facility.

The 50-table poker room at Daytona Beach Kennel Club is undoubtedly impressive, with games such as Texas Hold ‘Em, Omaha Hi-Lo, and Seven Card Stud all available to play.

But should Bayard press forward with its plans for a nearby gambling facility, it remains to be seen what the future holds for Daytona Beach Kennel Club.