For serious players, poker isn’t gambling. It’s a skill game that they have an edge in over the competition, at least in the long run.

But, at the same time, there is an element of chance to the game, which makes it attractive to recreational players and adds some excitement for regs as well.

The fact of the matter is, most players, no matter how serious, aren’t completely detached from the thrill of gambling. This is especially true for live casinos, where you’re often surrounded by loud slots, exciting roulette wheels, and crowded craps tables.

A good player knows that you can’t really afford to gamble in poker if you want to maintain your edge and stay profitable. So, they’ll often look for some excitement after the session on some other games.

While most people understand that almost all forms of gambling have a negative expectation (poker players especially so), they’re fine with it as long as the game helps them unwind and possibly offers some kind of a challenge that goes beyond pressing a button.

In many ways, betting sports is similar to poker. To be good at it, you’ll need to do some research and crunch some numbers. With the right approach, it’s possible even to gain an edge over the bookies and make betting a profitable endeavor.

Of course, finding the right bookie that offers good odds and attractive bonuses is an important step in the process. Places like this site offer a lot of information on the topic and can help you with it.

Poker players tend to enjoy sports betting for more than just gambling. It’s the whole process they find satisfactory and entertaining. Finding the right odds, placing the best bets, and trying to outsmart the bookies isn’t all that different from what they do when playing poker. 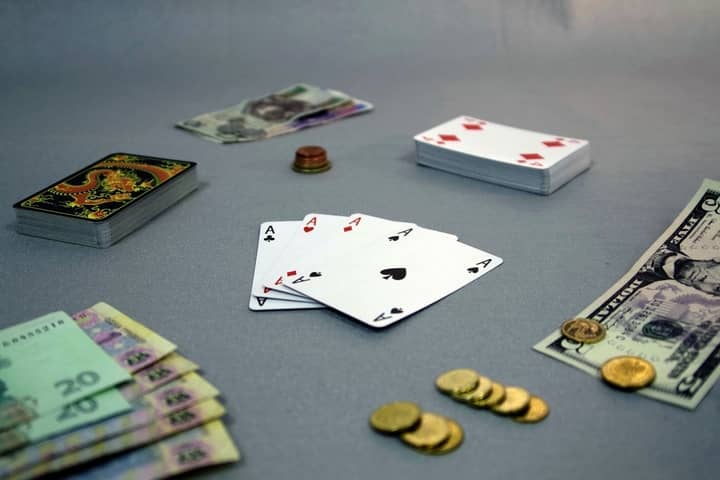 Poker players will often visit the pit to try their luck with some table games that are basically simplified versions of standard poker variations but are played against the house instead of other players.

These games tend to use standard poker hand rankings and other basic rules of the game, so they are a natural choice.

The house edge is normally not that bad, either, especially when a game is played correctly.

Therein lies another reason why poker players gravitate towards these games instead of, say, roulette. Your decisions actually matter, which makes the game much more engaging and challenging. It’s not just blind gambling, even if you can never completely negate the house edge.

Ultimate Texas Hold’em, for example, is a simplified version of the real thing, where the house edge is around 2%. However, it can be much higher if you don’t know how to play the game correctly. So, you’ll need to learn some strategy and apply it while you play to achieve the best results.

Video poker games are real forgotten gems of the gambling world. Pushed aside by flashy video slots and other modern options, they no longer enjoy much popularity among casual gamblers.

Poker players, on the other hand, often know the real value of these classic machines.

Video pokers have some of the lowest house edges you can find on a casino floor. The return to player sometimes goes over 99%, and, in some special cases, it’s even possible to find profitable video poker games.

Granted, video pokers aren’t particularly exciting and the gameplay is rather monotonous, which is why casual casino goers tend to stay away from them. 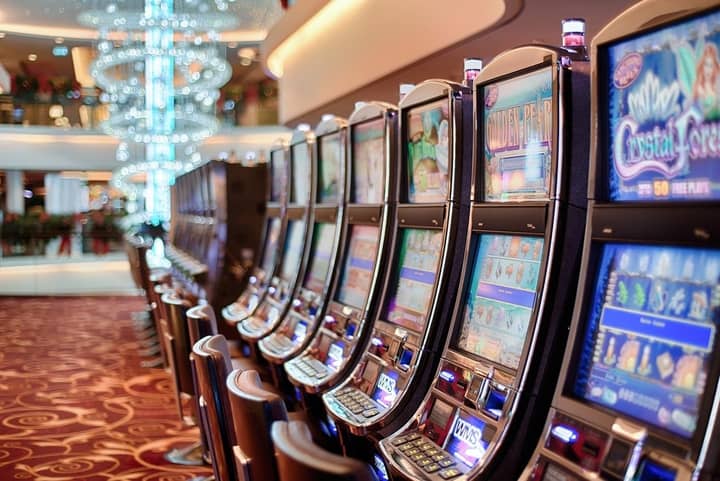 For poker players, though, this is a great way to satisfy their desire to gamble in the smartest and safest way. If you are going to gamble, you might as well do it on a game that gives you the best possible return.

It would be unfair to say that all poker players like to gamble, but many enjoy an occasional gamble. Some of them aren’t that selective about what games they play, either.

It’s not uncommon to see a poker player at a roulette table, going against the odds and trying their luck.

On the one hand, it seems rather strange. Why would someone who knows how gambling works and that they’re bound to lose in the long run ever touch a casino game? Especially when they’re already making money playing poker?

But that’s the question you could ask almost anyone who knows anything about gambling.

For professional players, poker is their job. It’s what they do to pay their bills and put the food on their tables. It’s really not gambling to them.

Why does anyone risk any money they earned working on a spin of a roulette?

Some people simply seek excitement. Others are hoping to get lucky, go on a hot streak, and maybe win really big. And poker players are just human beings.

If anything, it’s much harder to resist the temptation of gambling if you spend almost every day inside a casino. You see people win big all the time; you see them enjoying their time, so you want to give it a try as well.

There is nothing wrong with gambling at the end of the day, as long as you do it within your means.

If a profitable poker player decides they can put aside a portion of their winnings to try their luck with a few blackjack hands, that’s their choice. The argument that they should know better doesn’t really hold water as every gambler should know better after a few sessions.

It takes a lot of restraint to resist the temptation if your local poker room also offers casino games, which is often the case.

Most poker players will succumb to this temptation and venture into the dreaded pit every now and again. It may be against their better judgment, but it’s a lot of fun, and sometimes, that’s all that matters.