In an ideal world, Stephen Kenny’s Republic of Ireland side would be in Belfast playing for a place in the European Championships on Thursday. Unfortunately, they lost their qualification semi-final last month to Slovakia and are instead heading to Wembley for a friendly against England.

After that, Ireland will go to Cardiff to play Wales in the Nations League on Sunday and with all but one of Kenny’s squad based in the UK, they can convene for these fixtures without needing to get on a plane.

But there’s two sides to the decision to play England. Ireland are right on the cusp of being second seeds for December’s World Cup draw and there’s a viewpoint that picking an easier test might have allowed them to scoop valuable FIFA ranking points. It has been pointed out that friendlies carry a low weight and the convoluted system takes into account the fact that England are a strong opponent. But it’s a challenging game for a new manager in need of a momentum and a first win.

The audience who tune into this fixture without having watched Kenny’s Ireland will look at a record of no wins from five and one goal scored and draw their own conclusions.

He is encouraging a new style of play and, while it’s more progressive in terms of trying to pass the ball, they have struggled to find a cutting edge. A switch from an attacking 4-3-3 in September to a slightly more balanced 4-2-3-1 in October brought about a decent level of performance and the back four looked more secure.

Shane Duffy is enduring a torrid time at Celtic but he might appreciate being reunited with John Egan while an injury to Enda Stevens means Matt Doherty should switch to left back with captain Seamus Coleman fit again to take his usual berth on the right.

Kenny has preferred Doherty to Coleman but had hinted he might play them in the same side. That was likely to mean one playing at right-back and the other moving up to right-wing, as opposed to having them on either flank. But it’s a battle hardened back four.

David McGoldrick’s decision to retire from the international game has left Kenny short in attacking areas where he is relying on youngsters Aaron Connolly and Adam Idah to make a splash.

Connolly is in line for an audition in his favoured centre forward berth having largely figured on the left for his country.

It’s only a friendly

The cliched line about this game will be that there’s no such thing as a friendly when these sides meet. But it’s a closed doors international football in the middle of a congested schedule and it’s hard to envisage the intensity you would normally associate with this fixture, even if one or two members of the visiting team might fancy the chance to upset old colleagues Jack Grealish and Declan Rice.

England’s short price is unsurprising and they should prevail in the end. But those who like to trade might get some joy out of laying them with a view to backing in-running, as Ireland should be tuned in from the start whereas some of England’s mainstays might not be too energised at the outset. 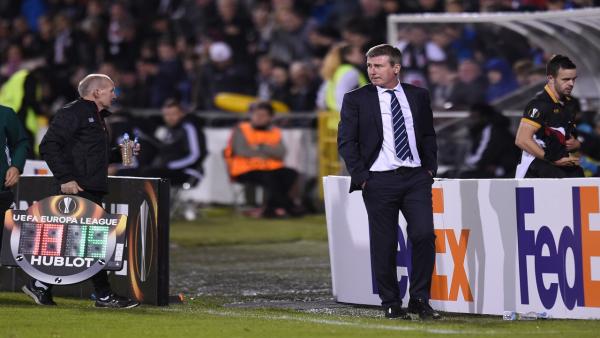 Maybe Ireland will find it hard to score in this match so presumably the confidence around over 2.5 goals is based on the expectation that England’s talented front men will run riot. But it’s difficult to see an Irish side with an experienced spine shipping three and they are capable of keeping this tight. The 2.1411/10 about under 2.5 goals appeals.

The same goes for the 7/5 about a half-time draw on Sportsbook if this proves to be a slow-burner.