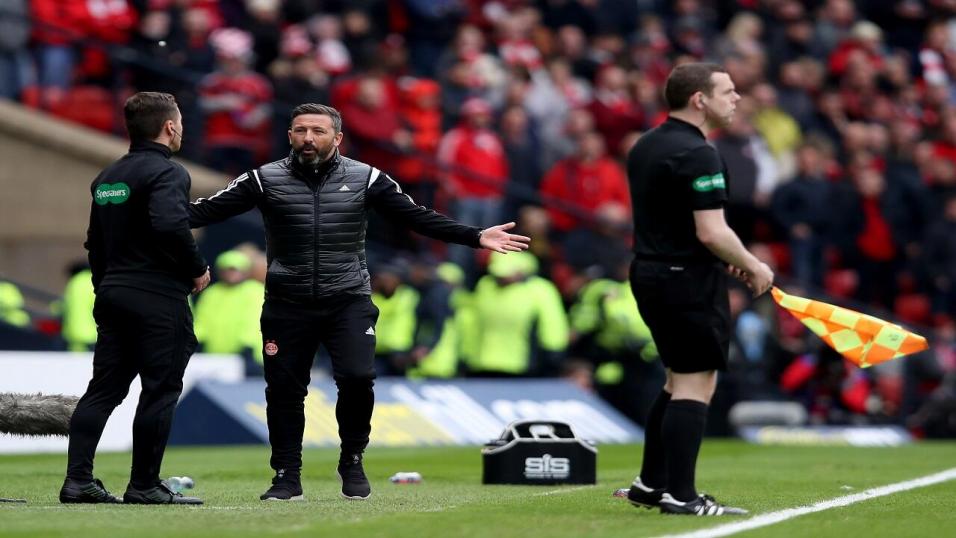 The Europa League preliminary/qualifying first round matches continue Thursday evening and there’s an interest for followers of the Scottish Premiership with Motherwell and Aberdeen both in action. Each of the fixtures will be one leg affairs meaning extra-time and penalties are available if required.

Motherwell battle Glentoran in an all-British affair at Fir Park while Aberdeen have been drawn against Faroese club NSI Runavik at Pittodrie. We’ve witnessed some famous upsets involving Scottish clubs in UEFA’s second string competition over the years, but two home wins is strong favourite in the Betfair Sportsbook betting.

The Steelmen finished third in the Premiership last season which gave them access to this term’s Europa League and Stephen Robinson’s side will be eager to make the most of this rare opportunity. They could have been sent to some far-flung corner of the continent but breathed a sigh of relief when drawing Northern Ireland’s Glentoran in North Lanarkshire.

The locals will want to improve on their recent poor league form which has seen them fail to win any of their first five games and slip to 10th in the division. The Steelmen were last seen suffering a weekend defeat at this venue when hosting Hamilton on Saturday afternoon. It was a match the locals were expected to take three points from, but they were undone by a goal from Hakeem Odoffin who struck with 86 minutes on the clock. Manager Robinson warned his players they will be in trouble if they don’t start scoring goals.

Glens have struggled in Europe

Glentoran finished fifth in the NIFL Premiership last season after the campaign was cut short and places settled on an average points per game. That gave real encouragement to fans and although they won’t expect their team to go too far in the competition, they will believe Glens have what it takes to score an upset at Fir Park. Glentoran’s European stats don’t do much to inspire confidence in the away win, however, with the visiting side winning only five of 49 previous games in this competition, drawing nine and losing the other 35.

Mick McDermott’s men did claim victory in their most recent Europa League outing when beating HB Torshavn 1-0 at The Oval last Thursday. It was a match they were expected to win but deserve credit for coming through what turned out to be a tricky contest. Robbie McDaid got the winner when finding the net on 42 minutes, but the victors also had goalkeeper Dayle Coleing to thank for keeping their opponents out and sending them to Fir Park.

Well’s sharpness should see them through

Motherwell’s Scottish Premiership season is already five games old and although they are yet to bag a win the team will benefit from sharpness and match fitness. The Steelmen also have home advantage in this tie and that’s another positive that could help tip the balance.

Motherwell are 2/11 favourites on the Betfair Sportsbook against the 9/1 of Glentoran and 5/1 the draw. Those after a better price may find joy in Motherwell win and both teams to score which can be backed at a useful 6/4.

Aberdeen get their campaign underway with a home game against an opponent that finished third in the Faroe Islands Premier League. The Dons are expected to win in 90 minutes and progress to the next round without too much drama along the way, but they know all too well the dangers of taking opponents lightly in this competition.

Aberdeen have won each of their last two Scottish Premiership games, following an opening day defeat at this venue against Rangers with victories over St Johnstone in Perth and Livingston in the Granite City on Sunday afternoon. Goals from Ferguson and Wright won the latter and the match served as a perfect warm-up for this outing.

NSI Runavik have already played 23 times in this competition but have struggled for success, winning only two games so far with two ending in a draw. Aberdeen won’t be the first time they have faced British opposition after losing 3-0 on aggregate to Fulham back in 2011, 5-4 against Linfield in 2015 and 12-5 vs Hibs two years ago.

They did claim a stunning 5-1 win over Barry Town earlier this month and that would’ve injected some much-needed confidence into the ranks. They face a major step up in class here but NSI Runavik will arrive looking to frustrate their opponents and keep the scores low for as long as possible. It’s still very early in Aberdeen’s season and Runavik may view this as the best time to play them, eager to punish any slack play.

Take Dons on the handicap

There are no surprises in the pre-match betting with Aberdeen marked up as hot favourites for the win on the Betfair Sportsbook. The locals are 1/12 to win the match without the need for extra-time or penalties. The draw is 7/1 with an upset for NSI Runavik a chunky 16/1.

Average backers may have been priced out of an interest on Aberdeen, but the Dons can be backed -2 goals on the handicap at 5/4 and that throws us a lifeline. After getting five goals in their last match some may be interested in a bet on both teams to score at 11/10.