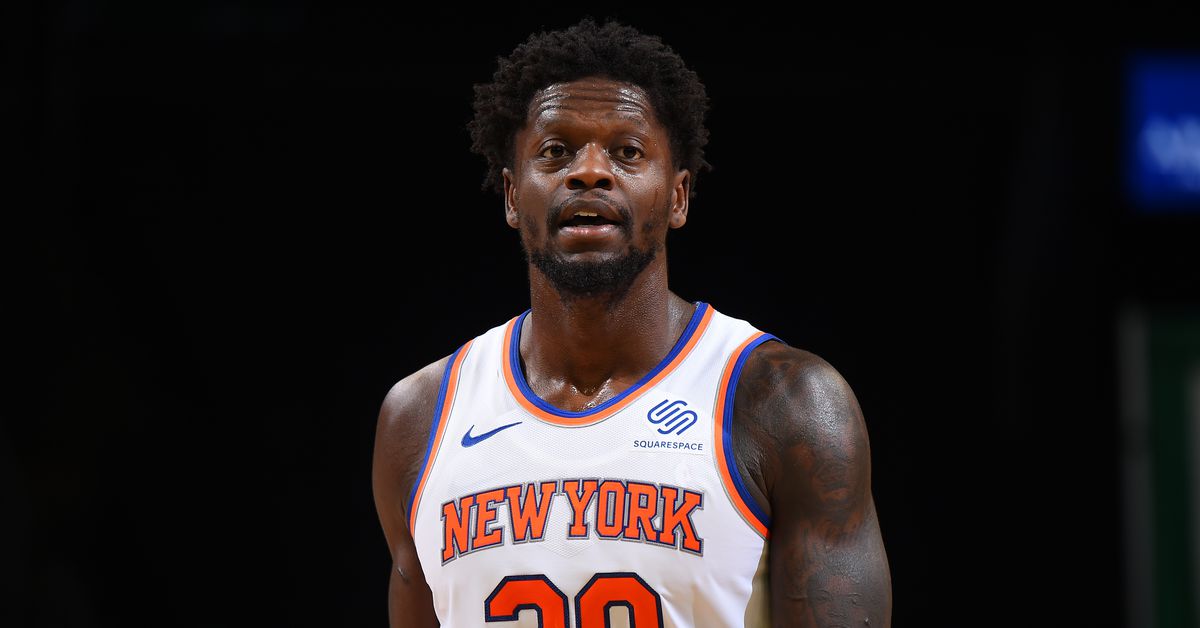 The Knicks tout one of the best defenses in the NBA under Tom Thibodeau and enter this one coming off a loss on the second night of a back-to-back against the Kings, where they competed surprisingly well for 45 minutes. The Trail Blazers, on the other hand, have had a bit of a rocky go of it lately after losing C.J. McCollum, splitting their past four games. With a total of just 214.5 set on DraftKings Sportsbook, we might have to get creative here to find some winning picks, but that hasn’t stopped us in the past. Let’s get into how to construct your Showdown lineups for Sunday night.

This game is lacking big names and high-ceiling options to choose from at captain, so I wouldn’t fault you for paying all the way up for Dame even at this ridiculous price tag. New York is allowing the seventh-fewest points to opposing point guards, but that’s not to say point guards haven’t gone off against them. Steph Curry just hit five 3-pointers and went for 30 points against the Knicks two games ago. Without McCollum, this offense has been all Dame, so the shots should be there. It’s just a matter of whether or not they fall.

There have been so many twists and turns in this season for the Knicks. Austin Rivers ($5,200) has been a closer, Immanuel Quickley ($5,400) has been a force on offense, Alec Burks ($6,000) has had his night when healthy. The one constant has been that Tom Thibodeau relies on is Randle. The big man ranks third in minutes per game (37.0) and is taking a whopping 16.6 shots per game to boot. Against a soft interior defense that now is missing Jusuf Nurkic, I expect Randle to thrive, and he should have a super-high floor given the number of minutes he sees.

I don’t know what there really is to like about Enes Kanter, and I especially don’t understand what there is to like about Enes Kanter as the fourth-most expensive option in the showdown. Not only is Kanter wildly unproductive on offense, scoring a combined 21 points in the past two games, but he also isn’t even seeing the floor for a full complement of minutes in the wake of Nurkic’s injury. Instead, Portland has opted to insert Carmelo Anthony ($6,400) and run some small-ball lineups. The only thing that makes Kanter look good is his ability to rack up rebounds, but the Knicks rank sixth in rebounds per game. I just don’t see a monster game for Kanter, even in a revenge spot.

Quickley has emerged as the Knicks’ most important offensive player, boosting the offensive ratings of Randle and Kevin Knox ($2,000) when he’s been on the floor and chipping in over one DKFP per minute. The matchup is great here, with Portland ranking 23rd against opposing point guards, and despite the fact that Frank Ntilikina ($1,000) is making his return, IQ should still see around 20 minutes given his value and Ntilikina’s presumptive minutes limit.

Another recipient of more minutes in wake of injuries, Jones has been playing a whole lot both in small-ball lineups without Nurkic and in place of McCollum. The Knicks have struggled historically against physical wings, and Jones has seen 32 minutes on average over the past two games. He seems to be steadily working his way into the Portland rotation and should be a pretty safe play at this price.

At such a cheap price, Knox only needs a bucket or two to hit value, and he’s been a steady part of the Knicks’ bench unit with 12 minutes per game this year. When he’s been on the floor, he’s been New York’s spot-up shooter, and he’s a red-hot 7-of-16 from behind the arc over the past 10 games. It’s kind of a roll of the dice, but he’s just so cheap and he’s been shooting so well that it’s hard to pass up on him.

It’s not going to be easy for the Trail Blazers, but they should get it done in ugly fashion against the Knicks. New York’s defense should keep this one low-scoring, and I think the Trail Blazers will fall behind with Enes Kanter playing so much down low, and catch up with their small-ball units. They pull away in the fourth quarter and win by a few.

Put your knowledge to the test. Sign up for DraftKings and experience the game inside the game.