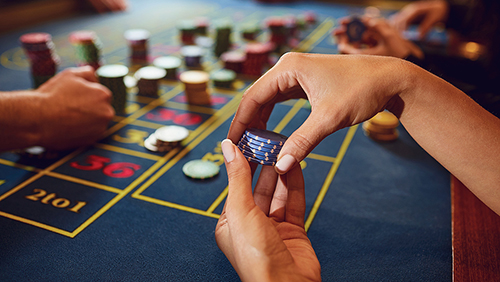 New Jersey decided years ago that Atlantic City wasn’t able to properly manage its casino activity and has made helping the city recover a state priority. The NJ Casino Reinvestment Development Authority (CRDA) was created in 1984 to help with the process and has, over the years, issued investment bonds to give Atlantic City injections of capital. However, the COVID-19 pandemic has forced the recovery efforts to slip as casinos everywhere were shut down, and the city’s outlook has taken a hit, as well. Fitch Ratings recently took a look at how things are going and decided that the prognosis for recovery is a little less positive. As a result, it dropped the rating it had on the strength of the CRDA.

$215 million worth of bonds is now viewed as a little riskier after Fitch moved the CRDA from BBB+ to BBB. While the agency still believes the default risk for the bonds is low, a rating of BBB indicates “adverse business or economic conditions are more likely to impair” the risk. Fitch explains, “The downgrade of CRDA’s luxury tax revenue bonds to ‘BBB’ from ‘BBB+’ reflects the severity of pledged revenue declines in 2020, the likely slow trajectory of the recovery for casino and other entertainment activity in Atlantic City, and thus luxury tax receipts, and the resulting higher vulnerability of the structure to revenue volatility in the near term, relative to our pre-pandemic expectations.”

Currently, and since being able to reopen in July, Atlantic City casinos are operating at just 25% their normal capacity. As such, the money flowing into the CRDA has slowed substantially. The group is funded by a 1.25% “Investment Alternative Tax” (IAT) on the gambling venues’ gross gaming revenue (GGR) and this revenue saw a year-on-year drop of 15.1% in September as it only reached $190.5 million. In addition to the IAT, casinos give up 9% of hotel and entertainment revenue and 3% of liquor sales, all of which have suffered because of COVID-19.

Fitch adds, “Despite the severe revenue shock and resulting narrower resilience, the resumption of taxable activity at a reduced level suggests that recovery is underway. The Negative Outlook at the ‘BBB’ rating level reflects heightened uncertainty about the strength of taxable activity through the recovery period and the vulnerability of receipts to further pressures, including those posed by prolonged public health concerns.”

Online casino activity has been the knight in shining armor for New Jersey’s gambling market, with online GGR climbing 102% this year through September compared to what was produced during the first nine months of last year. The online segment took in $685.6 million during the period and, while that has helped limit the losses, some are concerned that the switch from physical casino gambling to online gambling will become permanent – a concern that is not unfounded. There is a definite shift in gambling habits, with iGaming operators claiming a larger portion of the activity, and this will place further pressure on the CRDA, as well as on brick-and-mortar casinos in Atlantic City and elsewhere.