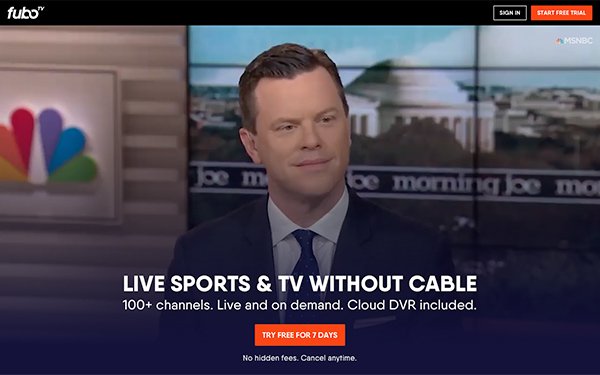 The bulk of the net loss of $274.1
million for the third quarter came from non-cash goodwill and intangibles impairment charges of the previous FaceBank business.

Without
this charge, the company posted an adjusted net loss of $72.7 million. The company was able to narrow its negative cash flow — earnings before interest, taxes, depreciation and amortization — by
$2.9 million to $47.5 million.

“We believe fuboTV sits firmly at
the intersection of three megatrends: the secular decline of traditional TV viewership, the shift of TV ad dollars to connected TVs and online sports wagering, a market which we intend to
enter.”