Big game for both sides

Both camps have been keen to play down the importance of this fixture but for those looking on from the outside, this definitely smacks of ‘six-pointer’.

Neither side has won in their opening six games, Fulham heading into matchday seven bottom of the table and West Brom one place outside the relegation zone in 17th.

It’s hard to argue they are false positions.

They’ve each conceded a league-high 14 times, while at the other end of the field, goals have been hard to come by with only Burnley and Sheffield United having scored fewer.

Fulham’s return to the Premier League bears plenty of hallmarks from their last campaign in the top flight when a weak defence undermined their chance of staying up.

Two seasons ago, a host of managers chopped and changed personnel without success. At least Scott Parker appears more confident in knowing who to play.

He’s spoken well about his team’s deficiencies and has identified problem areas. Putting the issues right is more difficult though, particularly when your squad doesn’t appear to have the quality required.

At least he has Aleksandar Mitrovic up front, a player who always carries a goal threat, while recent loan signing Ademola Lookman has certainly improved the team in his early games. He hit the woodwork twice during last week’s defeat to Crystal Palace. If either of those goes in, the outcome may have been different. 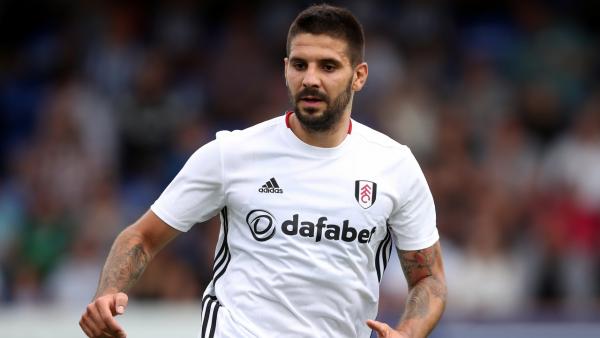 As it is, that was a third straight home loss for the Cottagers, who had Aboubakar Kamara sent off towards the end of that contest. He therefore misses out here, as does fellow forward Neeskens Kabano due to injury. At least Danish international defender Joachim Andersen is fit again.

Baggies bid to build on comeback

West Brom picked up their first away point last time out at Brighton when an impressive second-half display earned them a deserved point, recent signing Karlan Grant scoring their equaliser.

Callum Robinson and Kyle Edwards will be pressing to start here having made a difference when coming on as substitutes at the Amex.

West Brom will have defender Dara O’Shea available again, although whether he comes back in remains to be seen. After all, the Baggies have conceded just one goal in their two games without him in their starting XI.

There have certainly been signs of improvement at the back from Slaven Bilic’s side and while you are starting from a pretty low bar, it’s also fair to say the same about Fulham, who restricted both Wolves and Sheffield United in recent outings, conceding only once in each game.

The Londoners admittedly struggled against Crystal Palace’s counter-attacking last week but Parker is astute enough to worked on how his side can be better once the ball is turned over and I’d expect them to cope better this time around.

Whatever your view on that, it’s undeniable that both sides have stemmed the flow of goals against when compared to the opening weeks of the season.

That, and the fact that both sides have struggled to find the net, pushes me towards the under 2.5 goals option at 5/61.85.

In terms of head-to-head meetings, under 2.5 has landed in six of the last eight. The relevance of that is somewhat limited given those matches stretch back over a long period but certainly last season’s two meetings do carry plenty of weight.

There were just two goals scored across the two games, the equivalent fixture ending 1-1, while July’s clash at the Hawthorns, in which much at stake in the promotion race, finished goalless.

Neither side can afford to lose again here so it’s hard to envisage an end-to-end game of football.

Another draw looks more than possible and as the outsider of the three results at 12/53.4, that is arguably where the match result value lies.

However, I’m happy to leave that market alone with my second bet coming in the cards markets.

Under 30 bookings points at 2/1 with the Sportsbook immediately catches the eye given the appointment of Simon Hooper, one of the most lenient officials in the top flight. For those unaware, the points system awards 10 points for a yellow card and 25 for a red.

Since matches went behind closed doors, four of Hooper’s five games (all competitions) have seen fewer than 30 points.

In terms of Premier League games alone, five of his last eight have landed this bet.

Admittedly, given the importance of the match, there’s the potential for things to get tasty but Hooper is an official prepared to let things go and in any case only Wolves have picked up fewer yellow cards so far this term than West Brom.

Fulham have not been so well behaved but they will likely see much more of the ball (they average 54% possession this season with West Brom on only 43%) so it’s the cleaner side who will be seeking the ball most often.

West Brom haven’t won away at Fulham in the league since October 1967 (2-1), drawing seven and losing nine of their 16 visits since then.