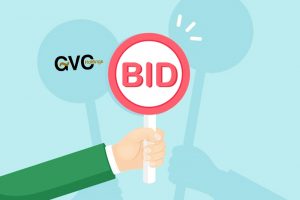 GVC is set to be rebranded as Entain plc and quit all unregulated markets its brands currently operate in as part of a new corporate strategy that is hoped to double or triple the size of the business over the next five years.

Mr. Segev told Bloomberg that if the price is right and is something that makes sense, they could definitely look at William Hill’s non-US operations.

US casino giant Caesars Entertainment Inc. is buying William Hill in a deal that values the British bookmaker at £2.9 billion and is set to go to a shareholder vote on November 19.

Despite keen interest from Apollo Global Management, Caesars pretty much made the bidding war for William Hill a one-horse race by forewarning the gambling operator that it could exercise its right to terminate their partnership in the US, if it accepts any rival takeover offer.

A 2018 deal between Caesars and William Hill made the bookmaker the exclusive operator of sportsbooks at a huge number of Caesars-owned casinos around the US, including key Las Vegas Strip properties.

Caesars said that when the transaction closes sometime in the second half of 2021, it would focus on growing William Hill’s US business and would offload its non-US assets which include a betting shops network in the UK and digital gambling operations in the UK and several European markets.

Is GVC Lining Up a Bid for William Hill?

Asked whether they are interested in William Hill’s UK and international assets, Mr. Segev said Thursday that his “tendency would be to look into it, and of course everything has a price at the end – and if it does make sense, it’s something that we can definitely look at.”

Mr. Segev’s comments came after US buyout fund Apollo Global Management announced that it no longer intended to make a full takeover bid for William Hill. The investment firm sent a written proposal to the bookmaker in late August and then sent a further proposal in September to notify the gambling company of its interest in acquiring it.

Apollo said Thursday that it has decided to withdraw from the bidding war for William Hill and that it was still interested in bidding for the bookmaker’s non-US operations.

Several other private equity firms have emerged as potential bidders for the business, including CVC Partners, which held a majority stake in Sky Betting & Gaming several years ago, and Apax Partners.

Last month, 888 Holdings CEO Itay Pazner said that his company was in “a good position to make acquisitions” and that William Hill’s non-US assets “could potentially be something for us.”

Rival British bookmaker Betfred has also been named as a potential bidder for William Hill’s UK and European businesses. Betfred owner Fred Done has become one of the largest shareholders of William Hill after he started building a stake in the company earlier this year.