Illinois gaming regulators are intentionally shirking their responsibilities. That’s the opinion of Senator Dave Syverson, who has called out the Illinois Gaming Board (IGB) for not being more proactive in approving a gaming license so a casino could be built in Rockford. He feels the board has had plenty of time and manpower to discuss the issue, especially since the coronavirus has allowed other topics of discussion to be tabled for the past couple of months. Syverson is looking for change and wants it soon. 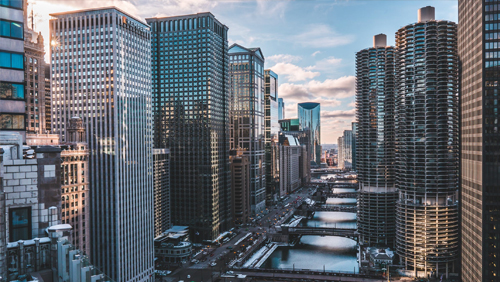 Hard Rock International (HRI) is the only casino operator to have been approved by the Rockford City Council to develop a casino in the city. However, before the project can move forward, the IGB has to give its blessing. Syverson said, according to The Center Square, “With the casinos closed and the video gaming closed, you have 250 [IGB] employees that are sitting around doing nothing. The staff that’s working on the application, they’re still there, they’re still being paid. In addition, you have all this other staff with nothing to do who could have been assisting them in getting it done. COVID should not have slowed it down, it should have helped them to expedite their work.”

The lawmaker is baffled by the IGB’s assertion that it needs until this October to make a decision. That would be a year after HRI’s application was received, and he calls it “ridiculous” that the board needs so much time to decide on a “simple application.”

Illinois began to embrace the idea of new casinos when Governor J.B. Pritzker signed off on a bill a year ago that paved the way for six new gambling properties to be added to the state. The law gives the IGB 12 months to approve an application, but that doesn’t mean that the board needs to take the full allotment, especially when there isn’t much else to be discussed. Syverson is concerned that the delay will mean a Rockford casino won’t be ready until 2022 at the earliest, costing millions in lost revenue and lost employment.

One solution would be to allow some type of work on the site to begin – clearing the land, laying pipe or anything that might help reduce the timetable. Of course, HRI would be responsible for the expense, but the IGB isn’t willing to concede any initiatives. Explains Syverson, “We’ve asked [the Gaming Board] if the location can, at their own expense, start doing some development. Can they do the land work? Can they work on getting the sewer laid? Can they do that stuff now, while the weather is good, so they can get a jump on it? And the gaming board said, ‘No, you can’t. You can’t lift a shovel on that property, or we’re going to cancel that contract.’ So it’s really ridiculous.”

Syverson considers the situation frustrating and is dumbfounded by the lack of progress on the part of the IGB. He believes the board isn’t doing its job properly and concludes, “It’s just sad that this is something we could have had opened and generating revenue for local governments, generating revenue for the state, creating jobs. It’s like they just don’t care about doing things that are going to help us kick-start our economy to get it back going well.”