Four more Day 1 flights are in the bag as the longest ‘day’ in the history of the World Series of Poker Main Event continued unabated in the race to book a seat for Day 2. 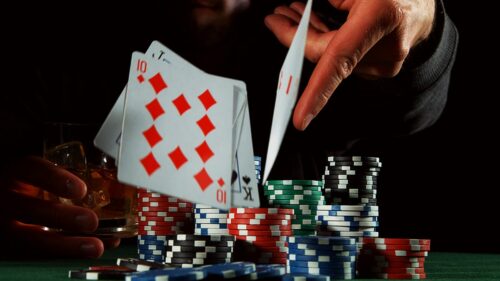 That, of course, can only be done by surviving 15 levels, each lasting 30 minutes, during a Day 1 flight, of which there are a ridiculous number. With almost two dozen Day 1 flights taking place on GGPoker and a total of three entries permitted for every player, there are plenty of chances for legends to be born in the next few weeks.

Day 2 may take place on August 30th, but there’s an awful lot of poker to take place before then. Day 1g saw a pretty balanced set of names make it through to the next stage, with a total of 32 names making it through from the flight.

Day 1h saw the overall chip leader from Day 1 at the time, Jonathan Dokler, emerge. Dokler may be a name that is familiar to you as poker fans, because he won the very first event of this year’s 2020 WSOP Online Series, the opening event, for $130,426. That win came after his last win, his first in live ranking tournaments, the $5,000-entry WPT Borgata Winter Poker Open, which netted Dokler $100,829.

Dokler’s massive stack of 1,021,967 saw him book a Day 2 WSOP Main Event seat in some style and will certainly make the man himself dream of more than simply his 13th cash of what has already been a hugely successful series for him.

Elsewhere on Day 1h, plenty of other big names made the cut with 18 names in total surviving to reach Day 2. Stoyan Madanzhiev was the closest to Dokler in the chipcounts, totalling 663,411 chips after the requisite 15 levels, with Daniel Smyth (324,100), partypoker pro Joao Simao (213,683) and two-time WSOP bracelet winner Keith Lehr (191,890) all making it through in one piece.

Day 1i was another well-attended flight, with a massive 41 players making it through. Of those, big names such as partypoker pro Anatoly Filatov (320,992), Juan Pardo (261,300) and former WSOP bracelet winner Danny Tang (158,326) will all be hoping that their fans have plenty to cheer as the tournament progresses.

Day 1j saw a huge 66 players survive, with the top stack of 757,963 chips belonging to Christopher Putz. Others who were chasing him down when the seven and a half hours at the felt drew to a close were Farid Jattin (612,978), Kieran Davey (606,598) and Pokercode owner and German super high roller legend, Fedor Holz.

Holz, who is a GGPoker ambassador these days, bagged up a virtual pile of 464,791 chips to leave himself in with a real chance of doubling his WSOP bracelet count by winning the $25 million guaranteed WSOP Main Event.

Two much quieter flights in 1k and 1l took place over Monday afternoon and evening as nine and eight players respectively progressed from the two flights. On Day 1k, Mateusz Chrobak top scored with 735,959 chips, followed into Day 2 by players such as Sondre Bjornebekk (457,281), Andrei Konopelko (149,434) and Peter Chien (127,571).

Day 1l saw only eight make the grade, but there were a several sharks in the water who swam hard to make sure they made Day 2. Of the eight, the biggest story was Australian player Kahle Burns, whose stack of 1,387,282 chips makes him the overall leader at this stage of the WSOP Main Event.

Burns, who is Australia’s second-most successful poker player of all-time according to the Hendon Mob, would overtake the man who is currently at the top of that list, 2005 WSOP Main Event winner Joe Hachem, if he can bag a cash of over $1.92 million. He could hardly have given himself a better chance to make the final table after his Day 1 efforts.

Who’ll make the list of Day 2 players who’ll play towards the WSOP Main Event title? We’ll let you know just as soon as they progress right here at Calvin Ayre, with the $25 million guarantee sure to attract hundreds of players every flight with the $5,000 buy-in worth the risk for the huge rewards at stake.