Three draws from four have seen Villarreal lose ground on the two Madrid clubs at the top, and a trip to Ramón Sánchez Pizjuán could very easily see them drop off the pace even more. Sevilla were strong at home last season and, while results haven’t quite matched those from 2019/20 this term, Infogol’s model expects Julen Lopetegui’s side to take all three points and join their opponents on 26 points.

While Eibar have lost their last two games, they’re rarely the kind of team to roll over for opponents – even those as stacked in attack as Barcelona. Last season’s 5-0 loss at Camp Nou was a rarity, with José Luis Mendilibar’s men losing by more than two goals just once since then, and Infogol anticipates a narrow home win for the hosts.

Three straight defeats before Christmas saw Cádiz drop into the bottom half, but they have an opportunity to lift themselves back up with a home clash against Valladolid. The visitors are 18th in the table, and an away average of 1.77 xGA per game should be enough to give Álvaro Cervera’s men the upper hand at Ramón de Carranza.

Levante’s performances this season belie their lowly position in the table, but they can turn a one-point cushion over the bottom three into something a little more comfortable. A victory over high-flying Real Sociedad in their last home game should fill Paco López’s side with confidence against a Betis team who they put four goals past back in June.

A run of six winless games has left Valencia nervously looking over their shoulders, and Javi Gracia’s side won’t be relishing a trip to Granada given the hosts’ record of just one home defeat all season. Diego Martínez’s men can keep up their assault on the top six with a victory, and Infogol’s model gives them the upper hand in a game which isn’t expected to produce too many goals. 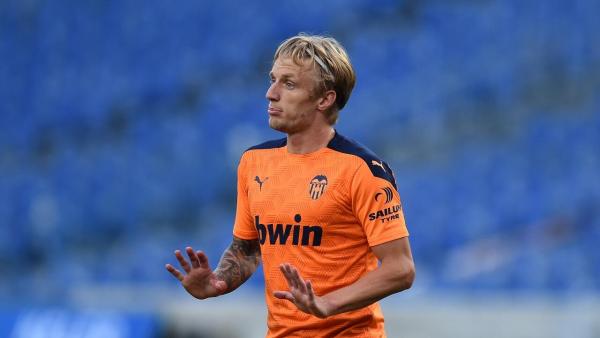 After coming through a top-of-the-table clash with Real Sociedad, Atlético Madrid ought to be more comfortable back in the capital. Opponents Getafe have breathed new life into their season of late, but as one of just three teams averaging less than one xGF per game this season they can’t expect to get too many chances against La Liga’s best defence in real and expected terms.

Celta to continue resurgence under Coudet

Eduardo Coudet’s winning run as Celta Vigo manager was halted with a draw away to Getafe, but a return to Balaídos can help the Argentine’s squad ensure it was just a bump in the road. Away side Huesca have a chance to lift themselves off the foot of the table with three points, but a failure to win on the road so far this season means they’ll need to defy expectations to do so.

La Liga’s worst xGF record comes up against its second best at Manuel Martínez Valero, and Elche will need to be at their very best to avoid defeat against Real Madrid. The champions have been shocked on the road once or twice this term, but Infogol’s model doesn’t anticipate the newly promoted outfit to cause Zinedine Zidane’s side too many problems.

La Real to stop the rot in Bilbao

Three straight defeats have dented Real Sociedad’s title challenge, but they should have no trouble getting fired up for a Basque Derby at San Mamés. Athletic recorded a solid win against Huesca in their last home outing, but that was their only victory in a run of six games in which they have averaged 1.06 xGF per game.

By the time Osasuna play on Thursday afternoon, they could find themselves five or six points from safety, adding extra pressure to their meeting with Alavés. Jagoba Arrasate’s team scored four times in the corresponding fixture last season, and also won away at Mendizorrotza last term, and Infogol’s model gives them a 47% chance of victory over opponents coming off back-to-back blanks on their travels.