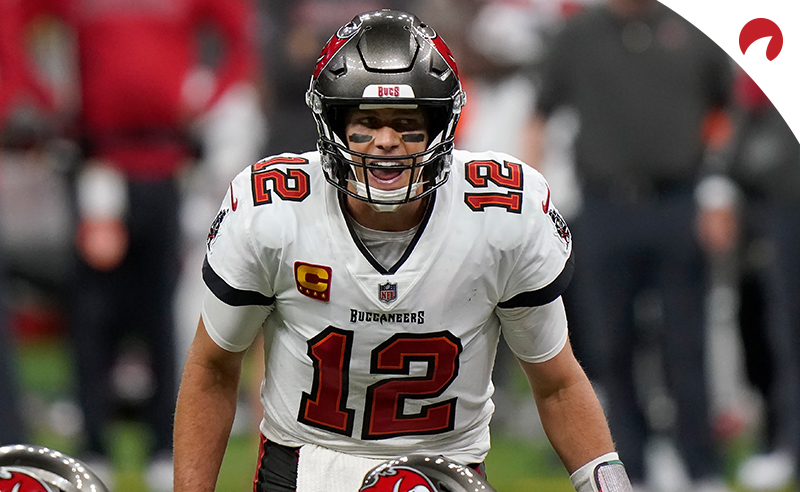 Last night, they came up on the short end of a 4-2 score against the Kings in Los Angeles. When we threw our chips down last week at the Avalanche, they were coming off a 4-1 loss to the Blues. The next game was an 8-0 BLOWOUT against St. Louis. Not expecting eight goals from the Avs, but DO expect an easy W.

Start out up on the almost frozen tundra, and grab the Packers -3 points over the Bucs

Here are your vital spread stats, just in case you have not had the time. Looking at the Packers, they are 14-3 straight up and 11-6 against the spread. They are 6-3 ATS at home and 9-5 as a favorite. They went OVER 10 times and UNDER seven (5-4 to the OVER at home).

As if Tom Brady needed MORE motivation. TB12 has been carrying a GIGANTIC chip on his shoulder ever since being picked in the sixth round of the 2000 draft with the 199th selection. Twenty-one years later, with SIX Super Bowl rings, the CHIP has served him well.

There were six QBs selected ahead of him. Chad Pennington, Giovanni Carmazzi, Chris Redman, Tee Martin, Marc Bulger and Spergon Wynn. OK, Tom, you PROVED your point. We remember NONE of them!

Now, Bill Belichick’s girlfriend, Linda Holliday, comes out and says, “Tom didn’t score (Sunday) night … not once! Defense won that game. Were you even watching.” So now Brady has another arrow in his quiver, another chip on his shoulder, to silence Double B’s lady.

Speaking of silencing someone, the Bucs did that to Aaron Rodgers earlier in the season at Tampa, stomping the Packers 38-10. It was absolutely Aaron’s WORST game of the season. He was only 16 of 35 for 160 yards with no TDs and two INTs. Since that game back in October, Mr. Discount Double Check has been virtually unstoppable.

You think that Tampa’s gonna be able to load up the D on Rodgers, who can throw it 50 yards with a casual flick of his wrist? UH UH! You think that the Cheeseheads are gonna turn the ball over FOUR times? UH UH!

Everyone expects TB12 to guide his Bucs into the Super Bowl, which will be played on Tampa’s home field, but not this keyboard. We’re all about the Cheese, and there’s just one thing left to say. This IS my BEST BET, BAABBBEEE!!!

Out to Kansas City for the nightcap, and we’re thinking about the Chiefs -3 points over the Bills.

So please, PLZ, do NOT listen to anyone who tells you they are making this their Game of the Year, their Lock of the Century, their 1,000-star play. Hang up, throw the email into the trash and SAVE your money!

The line opened Kaycee -5 and probably woulda jumped to at least -6 if Mahomes was 100 percent and they had 76,416 crazed fans inside Arrowhead Stadium. Well, he isn’t and they’ll only have 16,000 and change in the seats.

The difference-maker in that game was Kaycee rookie RB Clyde Edwards-Helaire, who rumbled for 161 yards. But he did NOT play last week and is listed as questionable for this game with a bum ankle. If he does manage to play, and the Chiefs get back WR Sammy Watkins as well, that’s trouble for the Buffs.

So, basically, it all boils down to the Mahomes noggin. If he is cleared, and is clear-headed, then the Chiefs are obviously my pick. But – and it’s a big BUT – what if he gets knocked down and his head bounces off the Latitude 36 Bermudagrass? That would be a YUGE problem, and Chad Henne is certainly NOT the answer.

Gonna suggest a very light play to the Chiefs, if Mahomes starts, but PLZ ask you to follow along with me as I LIVE tweet the game, @vegasvigorish, and throw out some delicious in-play wagers.

Benjamin Eckstein is a nationally syndicated sportswriter/oddsmaker. His column, America’s Line, with the Ecks & Bacon appetizer, has run in the New York Daily News and over 100 other papers since 1988. You can follow him online at www.americasline.com. He is beloved by most, when he picks winners, and detested by others, when he picks the occasional loser. If you wanna piece of Eck, hit his email…[email protected]