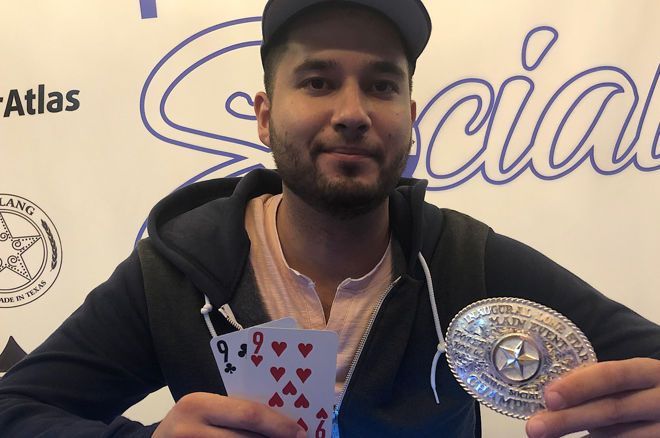 On Sunday night, Oziel Zuniga emerged as the inaugural Lone Star Poker Series Main Event champion and finished $45,960 richer after two long days of play and a three-way deal. The Main Event attracted 660 entries and offered up a $330,000 prize pool.

Understandably, Zuniga was grinning ear to ear after the win: “I was exhausted when I walked in tonight. I was out too late partying last night. I have done nothing but drink coffee all day long.”

Coffee was the key to keeping Zuniga tuned in and ready to play. He was caught bluffing when he jammed with deuce-three suited while four-handed but he made a pair and held against Charlie Dawson. Throughout the final hour or so of play, Zuniga would loudly say “deuce-trey” as his rallying cry.

It was an especially brutal Day 2 for Lahti, who began the day as chip leader. He and Long Nguyen engaged in a preflop raising war that resulted in Lahti getting his stack in with pocket kings only to see Nguyen roll over aces. The board ran out seven-high and Lahti took an unexpected early exit from the tournament.