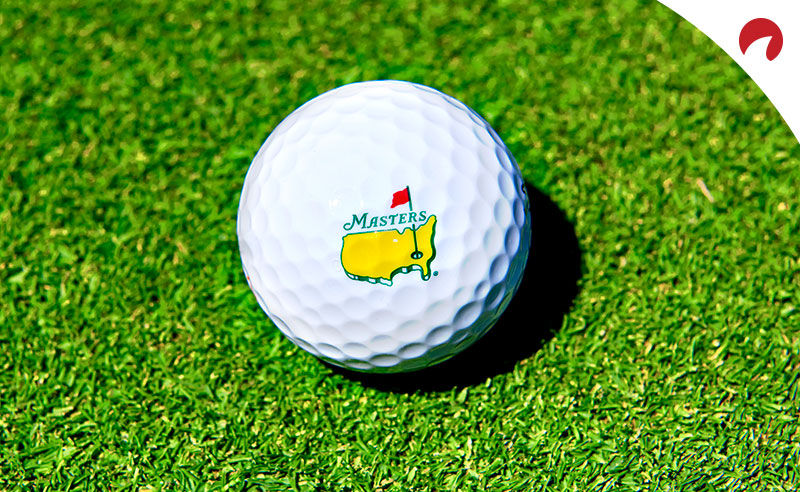 The first three rounds of the unprecendented November Masters are in the books, and the story so far comes down to a dominant performance from Dustin Johnson.

Ahead of Sunday’s final around at Augusta National, Johnson leads the pack at 16-under after firing a 7-under 65 on Saturday, matching a 54-hole Masters scoring record in the process. DJ has never won a green jacket in his PGA Tour career but is in excellent shape to change that today.

Johnson is only the sixth player in Masters history to play the first 54 holes in -14 or better. The previous five each went on to win the illustrious major tournament.

Im, Ancer and Smith trail Johnson by four shots, while Dylan Frittelli is five back and Thomas sits at 10-under.

Here’s a look at the golfers with the best odds to win the Masters after Day 1:

Odds as of November 15 at Bovada

The Masters is the pinnacle of the golfing calendar, and the 2020 edition of the most famous golf tournament in the world will have a different look this time around. Let’s take a look at Masters odds for 2020 and our betting guide for Augusta National’s PGA event.

Due to the COVID-19 pandemic, the Masters tournament was postponed from its initial start date in early April. As a result, the new date for the Masters is November 12-15, 2020.

To put into perspective how unique a fall Masters is going to be, keep this in mind: the Masters has been played 83 times since the inaugural event in 1934 and finished in April 82 times.

The only edition of the Masters that didn’t end in April was the first one, which ended in late March. The tournament was canceled from 1943 to 1945 because of the Second World War.

On November 9, Sergio Garcia announced he would be withdrawing from the Masters after testing positive for COVID-19. The 2017 Masters champion had +5000 odds to win the Masters prior to the news.

To find out all the ways you can bet on 2020 Masters odds, we have you covered. If you’re looking for the best sportsbook to wager on Masters golf odds, check out our Best Golf Betting Sites page.

When and Where is the Masters?

Here’s a look at the golfers with the best odds to win the Masters:

Odds as of November 12 at Bovada

For the first time in his career, Bryson DeChambeau is tabbed as the favorite to win a major title. DeChambeau has earned the status as the front-runner after winning his first major at the U.S. Open. He is tied with Dustin Johnson at the top of the list at +750.

DeChambeau dominated the rest of the U.S. Open field en route to a six-stroke victory over runner-up Matthew Wolff. “The Scientist” has been lights-out since the PGA Tour’s Return to Golf in June, and he’s a legitimate threat to go back to back at majors.

Jon Rahm, Justin Thomas and Rory McIlroy make sense to round out the top five, but there’s some uncertainty surrounding Johnson right now. It was announced on October 13 that DJ had tested positive for COVID-19 and would sit out from tour activity indefinitely.

Given its November date, Johnson’s status for the Masters is not in jeopardy, but he’s not going to have as much practice as he’d like leading up to the tournament due to the virus.

Whose Masters Golf Odds are Appealing?

At 27, Thomas has already established himself as a superstar on the PGA Tour. The 2017 PGA Championship winner already has a major title under his belt and is in a prime position to notch more wins in the coming years.

A three-time winner last season when he paced the tour in strokes gained/approach, Thomas is in excellent form right now. He is traditionally a bit of a slow starter at the Masters, as he’s never recorded a top-10 in the first round of the tournament, so there is a bit of a cause for concern in that regard.

Who Are The Past 10 Masters Winners?

2019 Masters Was One for the Books

The Masters features the smallest field of the four major tournaments, so even getting an invite to tee it up in Georgia is quite the accomplishment in itself. Tiger Woods pulled off potentially the best feel-good sports story of the year in 2019, edging out Johnson, Xander Schauffele and Brooks Koepka to win by a single stroke on Sunday. If you think Woods can go back to back, he’s a great value at +3300 in 2020 Masters odds.

The victory was Woods’ first major win since the 2008 U.S. Open and moved him three back of Jack Nicklaus’ all-time record of 18 titles.

Past champions have a lifelong standing invite back to the prestigious event, and 19 previous winners at Augusta are committed to playing in the Peach State. Of the bunch, Vijay Singh (+75000), Trevor Immelman (+50000), Freddie Couples (+50000) and Bernhard Langer (+50000) have the longest Masters odds at the sportsbook.

An Invite to Augusta National is Tough to Get

The top-12 finishers and ties from the previous year’s Masters, plus the top four placements and ties in golf’s other three biggest events, also get invites to Augusta National.

Winning on the PGA Tour in tournaments that award a full-point allocation for the FedExCup between the 2019 Masters and the 2020 Masters will book you a ticket here, in addition to qualifying for the 2019 Tour Championship and finishing in the top 50 of the Official World Golf Ranking list.

COVID-19 forced the cancellation of the 2020 Open Championship, but the PGA Championship went off without a hitch in early August and the U.S. Open occurred with no issues in September.

Woods’ triumph here a year ago bucked the trend on a youth movement that had seen each of the prior 13 Masters champions winning under the age of 40. Every winner in the last 13 years had participated in at least one Masters, so betting on a rookie to go all the way is a risky endeavor.

Woods always draws plenty of action at sportsbooks whenever he plays due to his diehard following, but with Eldrick set to defend his title, the number of bets placed on him will likely be the highest it’s been in years. After all, nobody has won back-to-back Masters since Woods accomplished the feat in 2001 and 2002.

Will Anyone Hit a Hole-In-One at the Masters?

Bryson DeChambeau recorded the first ace of his professional career here a year ago on the par-3 16th hole on the final round.

Why is the Masters So Unique?

Make no mistake, the Masters is undoubtedly the biggest golf tournament in the world. Due to its prestige, winning the Masters is the greatest individual achievement a golfer can accomplish.

There is one significant edge to keep in mind about the Masters. The tournament is the only major that does not change its setting every year. Augusta National has always been the only course to host the Masters, meaning players who have a good track record at the venue are much more reliable.

There have been some changes to Augusta over the years, but the course has played essentially the same since the 1970s.

Don’t Forget About the Masters Props

Props are arguably the most fun form of golf betting, and there’s no shortage of props available at sportsbooks for the Masters.

The variety of props can include the winner’s nationality, whether or not there will be a hole-in-one, how many players will finish under par and what color T-shirt the eventual champion will wear on Sunday.

You can find significant value in props, so while they’re meant to be fun, they’re also an excellent way to make some money. One of the most lucrative props is to bet on a specific player to either make or miss the cut.

Let’s say Player A has missed the cut at the Masters in six straight years. If Player A is getting set to tee it up at Augusta National for the seventh straight year and you can get odds on him to miss the cut in plus money, that seems like a wise wager.

These pages will help you handicap your golf bets: