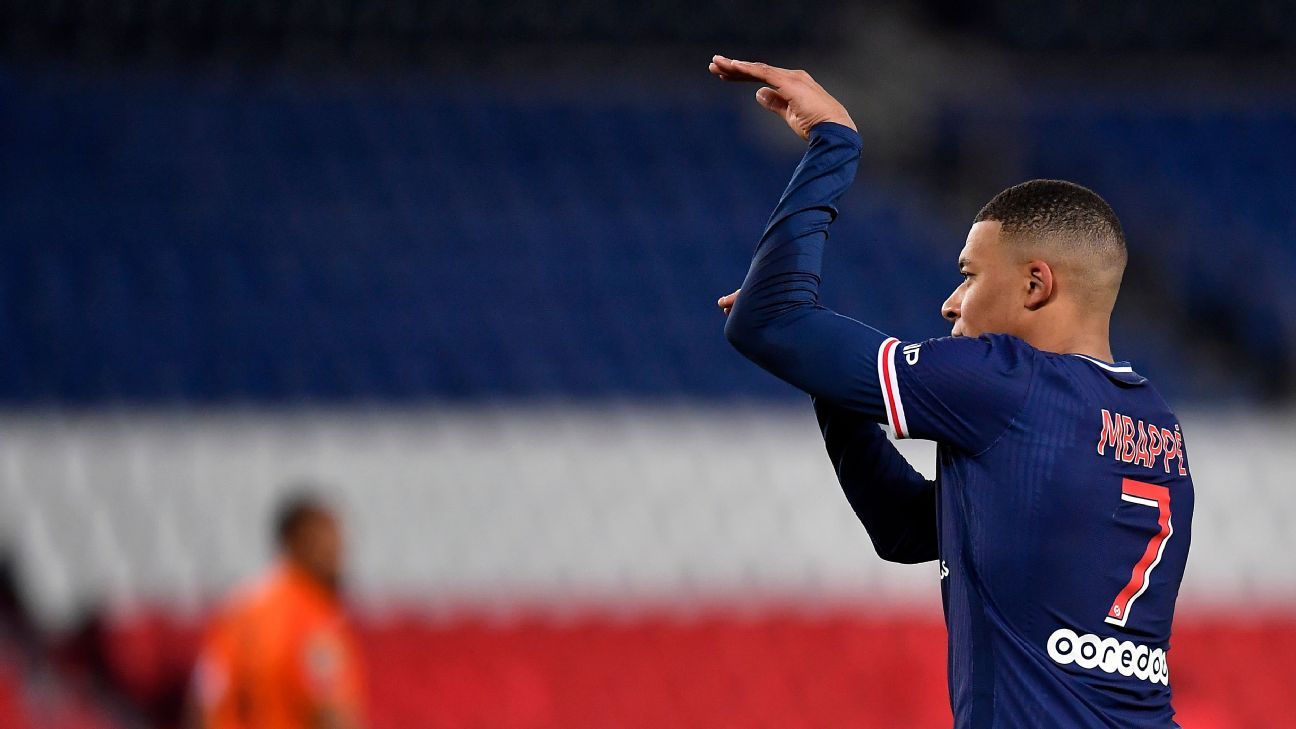 Kylian Mbappe has confirmed that he is yet to make his mind up about extending his contract at Paris Saint-Germain.

Speaking to French TV outlet Telefoot on Friday night after PSG’s 4-0 win against Montpellier in Ligue 1, the 22-year-old prodigy opened up about his mindset around his future.

“We are talking with the club, to find a project. I am thinking about it because if I sign and extend my contract, it is to commit myself on the long term to PSG,” Mbappe said. “And I am very happy here. I have always been very happy here.

“The fans and the club have always helped me and just for that, I will always be grateful to the club.”

Mbappe scored two goals and assisted one in PSG’s beatdown of Montpellier, his first goals in 2021.

Real Madrid are reportedly keen to recruit Mbappe, who dreams of playing at the Bernabeu one day, but are facing a financial crunch due to the coronavirus pandemic and are not likely to be able to afford the transfer this summer.

Liverpool are another club where Mbappe would like to play for one day but they are facing the same financial issues as Real Madrid.

Even with one year left on his contract, Mbappe’s transfer would still cost over €100 million, along with substantial wages. He currently earns almost €12m net a year in Paris.

Mbappe’s deal also expires at the same time of teammate Neymar, and the French league champions have made their priority to extend both superstars’ contracts.

The Brazilian is keen to stay despite previous links to a return to Barcelona but Mbappe is still undecided. There is also the plan to try and woo Lionel Messi from Barca to team up with the PSG duo.

“I just want to think about what I want to do and where I want to be in the next few years. That’s what I am thinking about and I know I will have to make a choice soon,” added Mbappe after Friday’s match.

“If I had made my mind up today, I would have said it. It is not that I want to gain time or something. It is just that I am thinking about it. I don’t want to extend my contract and say a year later that I want to leave because I didn’t want to sign the new deal in the first place. If I extend, it is to stay.”

PSG sporting director Leonardo has repeated earlier this week that he was confident Mbappe would extend his deal in Paris.

“We exchange regularly and I have good vibes on both cases [of Mbappe and Neymar],” the front office boss told France Football.