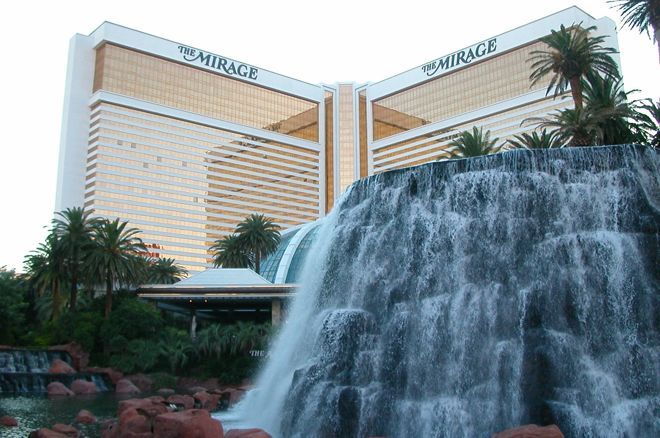 According to a report from CardsChat, MGM properties Excalibur, Mandalay Bay and The Mirage have shuttered their poker rooms for good. They’d all been shut down since March due to the COVID-19 pandemic but company officials had called them “temporary” and said they’d be “continually re-evaluated.”

Evidently, the evaluations have determined that the properties would be better off moving forward without spreading poker. While that will be sad news for many, there’s some silver lining in that six figures worth of bad beat jackpot must still be distributed back to the players, and it’ll happen in a series of freerolls.

None were particularly robust rooms, each having between seven and 12 tables, and their closures continue an industry-wide trend of shrinkage in the Las Vegas market and Nevada in general.

In February, the last full month of pre-pandemic operations, there were 34 rooms in Clark County with 430 poker tables running, according to the Nevada Gaming Control Board. Today, those numbers are 21 and 285.

Statewide, it’s much the same. Where today one can find poker at 29 locations with the possibility of being seated at 338 tables, there were 57 venues hosting poker at 540 tables in February.

Even that number of 57 was lowest the industry has seen in Nevada since 2002, according to the UNLV Center for Gaming Research.

Check out PokerNews’ US Legislative map to learn the outlook of poker in your state!

The good news to come out of the closures is that the bad beat jackpot money must be distributed back to the players, per gaming regulations, as it’s money that belongs to them and not the venues. That means more than $100,000 will be given away in a series of three upcoming freerolls, CardsChat reported.

The poker room at MGM Grand, which opened back in July, will host the freerolls. The first is tomorrow but has already “sold out,” while the others will take place Nov. 17 and Dec. 1.

Players who want to get their hands on some of the free dough can head to the official MGM website on the appointed sign-up day at 5 p.m. local time to try to secure a seat. Alternately, the official ticketing page states that, “If spots are available on the day of the tournament in person registration will be accept on a first come, first serve basis.”

According to PokerAtlas, MGM Grand has 13 tables, which represents the likely full capacity for the tournaments.

Sad News for Many in Industry

For many in the industry, though, the closures of these three rooms will be seen as sad news, especially for the employees who will now have to find new work if they hadn’t already.

Particularly given its storied history, the Mirage will be missed. The room was remodeled and downsized in 2015 to its smaller size of 12 tables. However, it was formerly one of the top poker destinations in the city.

Many players who came up in the late 1990s and early 2000s cut their teeth in the limit games there, something they discussed fondly a few months back on Twitter. There, Daniel Negreanu took part in a trend by posting a photo of a chip stack from the Mirage:

Eli Elezra, David “ODB” Baker, Layne Flack, Bruno Fitoussi and Gavin Griffin were among those who recalled building their bankrolls at the property’s $20/$40 limit.

Of course, it also played a small but memorable role in the film “Rounders”, representing the ultimate destination for an aspiring poker pro who wished to find fortune in Las Vegas.

“I want him to think I’m pondering a call,” Mike McDermott says. “But all I’m really thinkin’ about is Vegas and the f*****’ Mirage.”

Aspiring poker players can no longer identify with that particular dream, and the live poker capital of the world is down three more rooms in this time of industry upheaval.