If and when Japan is able to finally move forward with its plans to allow three integrated resorts (IR) to appear on the horizon, the prefectures of Osaka and Nagasaki are expected to be at the top of the list of potential candidates. Both came out the gate strong, highly motivated and determined to reach the finish line in record time. As they rounded the first bend, they encountered their first hurdle, a delay by national lawmakers on laying the foundation. The second bend found another obstacle, bribery and influence peddling. While those two inconveniences slowed things down a little, nothing could prepare anyone for the trouble on turn three – the coronavirus. The global pandemic has taken its toll on most economic activity around the world, but the casino industry has been hurt the most. As Japan gets back on its feet, Osaka and Nagasaki are now putting the finish line back in focus, but it appears that Osaka hasn’t been able to return to its previous gallop and will need more time to clear its head. 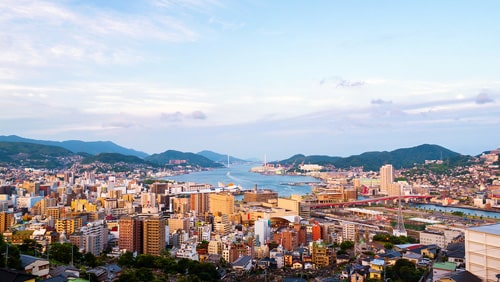 Nagasaki has previously made it clear that it doesn’t want any more delays than would be absolutely necessary. Local officials there said two months ago that they were moving forward with a request for proposal (RFP) and introduced the Kyushu-Nagasaki IR Basic Concept. In keeping with its plan, the prefecture just wrapped up a three-week event that included virtual meetings to discuss the big IR picture, as well as the RFP process and what’s expected from operators.

According to Masahiko Kunihiro of Nagasaki’s IR planning department, the meetings, which were able to be conducted despite the coronavirus, were an “important step” ahead of the official RFP launch and that they enabled all participants looking to get involved to understand exactly what’s expected of them. Likewise, those potential candidates were also given a forum to explain their current operational readiness following the hit received by COVID-19 and discuss what’s needed to make a full recovery.

Kunihiro adds, “Nagasaki Governor Hodo Nakamura last week stated that the current plan is to commence with the RFP process in the summer and decide on the IR partner in the winter of this year. Considering the current national schedule, the prefecture and IR partner will then spend several months creating an IR Implementation Plan to submit to the central government.”

Osaka still has its eye on the prize, but continues to move slowly. The prefecture announced in March that the conclusion of its RFP initiative would need to be delayed, following that up with a second delay in April. At the time, the plan to have responses in place by the end of July; however, that goal is now shifting once again. A firm deadline has not yet been offered, as Osaka wants to wait to see what the national government has in store with its IR Basic Policy, but it appears that at least six months will be tacked on.

Adds Osaka Mayor Ichiro Matsui, “The desire of operators to expand to Osaka remains the same, but we have not been able to make progress due to the COVID-19 pandemic.” This will almost certainly guarantee that it won’t be possible for Osaka to see an IR in 2026 or ’27, with ’28 or ’29 becoming more realistic targets as time marches on. Matsui offered, in discussing any potential launch, “We will consider what must be reviewed upon negotiation with the operator.”