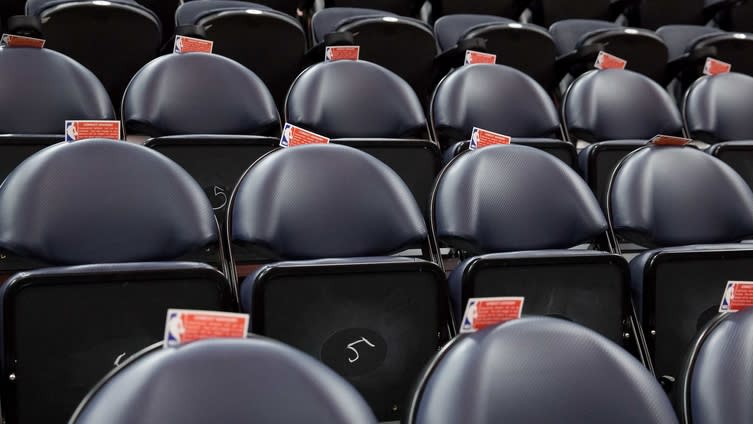 How do you safely host 22 teams for months of basketball games in a confined space amid a global pandemic?

That’s apparently what the NBA is doing as it moves toward restarting the 2019-20 season at Disney’s ESPN Wide World of Sports Complex in Orlando later this summer.

The league sent a 113-page memo of “Health and Safety Protocols” to the Boston Celtics and the 21 other teams involved in the restart Tuesday night, per The Athletic’s Shams Charania.

The memo reportedly includes some important information, including how often players will be tested — everyone in the Disney “bubble” will receive a “Smart Thermometer” they can used to check their temperature daily, per Charania — and what happens if a player tests positive for COVID-19 (a mandatory quarantine in “Isolation Housing”).

But the memo also features some very specific safety measures for players and staff to follow in their unique living situations, as the teams reportedly are divided between three hotels at the resort. (The Celtics will stay at Grand Destino, in case you were wondering).

Here are some of the highlights, as reported by Charania unless otherwise noted:

— Doubles ping pong is prohibited. “Until directed otherwise by the NBA, players should play singles only so that they can maintain six feet of distance from each other.” (Per ESPN’s Adrian Wojnarowski).

— Card playing is allowed, but each deck of cards must be thrown away after use.

— No caddies during golf, and no sharing of clubs or balls. (Got that, Danny Ainge?)

— No sharing of goggles or snorkels in swimming pools. (Looking at you, Tacko Fall.) (Via Sopan Deb and Scott Cacciola of The New York Times.)

— Players are asked to avoid spitting or clearing their nose, wiping the ball with their jersey, licking their hands or fiddling with their mouth guard during games. (Per ESPN’s Malika Andrews).

— Players and staff are asked to maintain six feet of physical distance at all times off the court and can opt to wear a “proximity alarm” that goes off when they spend more than five seconds within a six-foot radius of another person who’s also wearing the alarm.

How will the NBA enforce all of these guidelines? Will it create a “ping pong patrol” or institute nightly room checks? According to Charania, the league hopes players police themselves.

Per me and @sam_amick: The NBA will create an anonymous hotline to report potential violations of protocols in Orlando.

That could get interesting.

These protocols may seem exhaustive, but they’re necessary for the league to safely return to play in a “bubble” environment and lower the risk of spreading the virus.

So, if Hayward has to sacrifice his video game headset or Fall can’t share his swimming goggles with Grant Williams, so be it. At least they’ll be back on the court with a chance to compete for the NBA title.