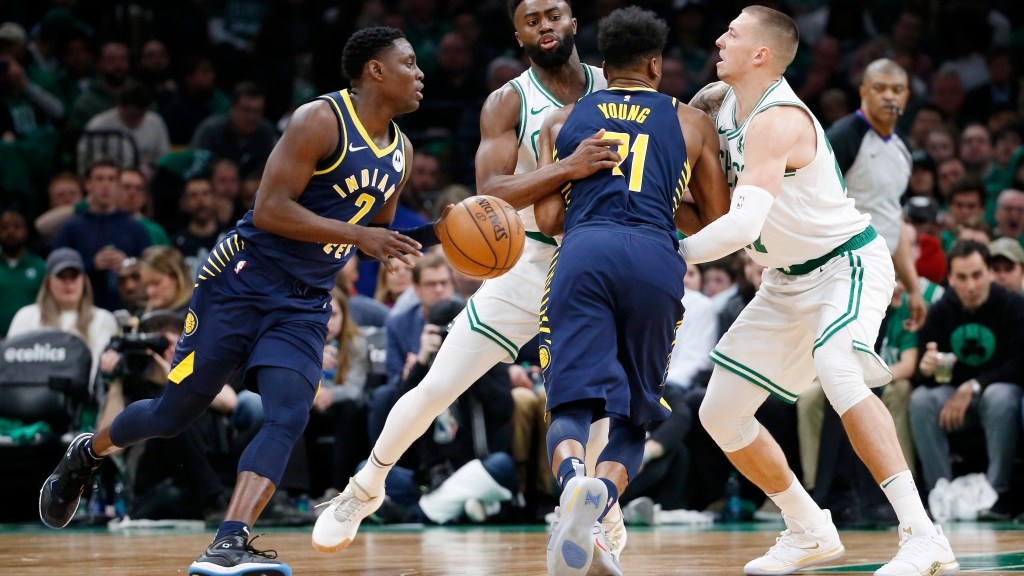 The Boston Celtics play the Indiana Pacers this Sunday, December 27th, and if you’re looking to do some last-minute betting research, you’re in luck! We’ll give you the latest point spread, moneyline odds and over-under number, as well as the information you’ll need to make the smartest bet on BetMGM.

The game tips off at 8pm ET, and can be seen on NBC Sports Boston. The Celtics have split their first two games against the Milwaukee Bucks and Brooklyn Nets, and look much better than they did in their preseason contests despite the continued absence of Kemba Walker, Romeo Langford and Tacko Fall. The Pacers have won their first two games, though against a much lower level of competition in the Chicago Bulls and New York Knicks.

The lines, courtesy of BetMGM

Per the Action Network, 59% of tickets are on the Celtics to cover. Boston has considerably more talent on the wing and a more seasoned frontcourt, while Indiana has better depth and health.

The Pacers may well surprise this season should point guard Victor Oladipo remain healthy and play near his pre-injury level, but even without star Kemba Walker, the Celtics have looked good against better teams early on. We’re taking Boston -2.5 in what may be a closer game than many expect.

Get more betting analysis and predictions at Sportsbook Wire.
Gannett may earn revenue from audience referrals to betting services. Newsrooms are independent of this relationship and there is no influence on news coverage.