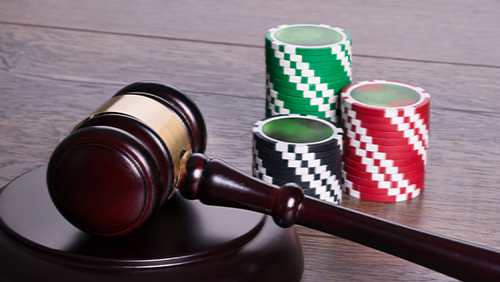 It’s been 12 years since Waterfront Philippines Inc. first sought a gaming license to launch an integrated resort (IR) to Entertainment City in the Philippines. Philippine Amusement and Gaming Corporation (PAGCOR), the country’s gaming regulator, as well as an operator of several casinos, didn’t believe Waterfront had met its requirements and tried to block the license request. After seeing the dispute between the two entities bounce back and forth in court for years, it finally made its way to the Supreme Court, which has issued its final verdict. PAGCOR needs to get out of the way.

In 2017, PAGCOR was denied from blocking the license in court. It wasn’t happy with the ruling and appealed, only to lose in December of the following year. Undeterred, PAGCOR tried again. However, the Philippines Court of Appeals denied the attempt, backing its December ruling. The gambling operator still wasn’t ready to accept defeat and took its case to the Supreme Court. The high court issued its ruling last February and, once again, PAGCOR fought the decision, arguing that the court had made a mistake in its judgment. The Supreme Court dropped the gavel one more time last mon th, asserting that its decision was “final and executory by being recorded in the Book of Entries and Judgements.”

That essentially means that PAGCOR now has no recourse if it wants to try to deny the license to Waterfront again. While it continued to drag its feet with the company, which had made a $100-million deposit on the license, PAGCOR was able to issue licenses to four other properties in the country – City of Dreams, Okada Manila, Resorts World Manila (RWM) and Solaire Resort and Casino. Of those, only RWM is not located in Entertainment City and another property, Westside City Resorts World, will open there before Waterfront would be able to launch.

PAGCOR had previously been ordered to pay Waterfront for damages over the dispute, but only about $4,000 – nowhere close to what it has had to lay out in legal fees and expenses tied to the license fee deposit it gave. The prolonged inability to proceed, coupled with the weakened economy caused by COVID-19, might force the company to temporarily reconsider its options, but it still expects to take advantage of its victory at some point. The company said in a statement last week that the decision and the subsequent license issuance “will have a favorable effect on WPI’s business or operations once the pandemic is over.”

Waterfront has had to deal with money issues for the past several years. In addition to the problems it has had with PAGCOR, it had defaulted on a loan in 2003 that led to a $16-million judgment against the casino operator. That judgment was reversed by a judge a few years ago, but was reinstated last year, putting the company on the hook for the total amount at a time that land-based casino operations were starting to see trouble coming because of COVID-19.