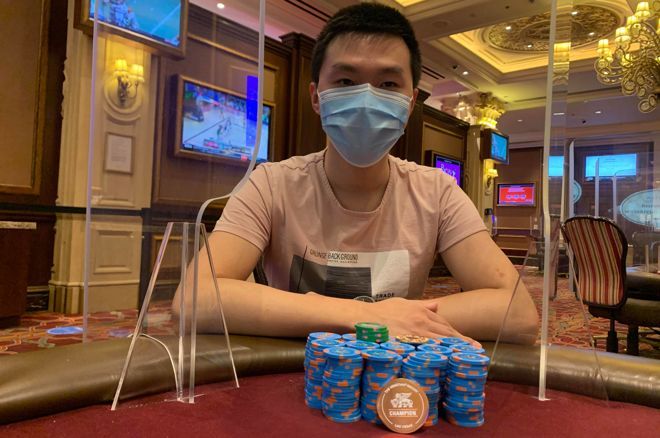 Ye “YUAN365” Yuan, who also goes by Tony Yuan, is one of nine players who will travel to Las Vegas to battle it out at the 2020 World Series of Poker (WSOP) Main Event final table at the Rio All-Suite Hotel & Casino for $1.5 million and the chance to go heads-up against Damian Salas for the bracelet and an additional $1 million.

Little was known about Yuan prior to him making the final table. He had just $6,774 in lifetime earnings dating back to 2016, but now the Chinese native, who now resides in Wisconsin, is primed to notch a big score as he starts the final table fourth in chips with 4,825,000.

From China to Wisconsin

Originally from Handan, Hebei, China, the 25-year-old Yuan is a Ph.D. candidate in mathematics and probability at the University of Wisconsin–Madison, the same school attended by poker luminaries such as Phil Hellmuth and Phil Galfond. He’s been in the Badger State since 2016, and prior to that spent time working in the United Kingdom.

“I’ve been playing poker since I was a child, like 13 or 14 years old,” he told PokerNews. “That was using fake chips of course. I didn’t use any probability at that time. I didn’t know what the odds were to draw to a flush, I just trusted my feelings.”

“It wasn’t until I came to the United States that I saw the big successes of Fedor Holz. He was very young, talented, and the best at the time”

Yuan wound up taking the game more seriously after he traveled across the world.

“It wasn’t until I came to the United States that I saw the big successes of Fedor Holz,” he explained. “He was very young, talented, and the best at the time. I mean he’s still one of the best. So, I’m thinking I am studying probability, so if he can do it, I can do it.”

For the online portion of the WSOP Main Event, Yuan ventured to Las Vegas to play on WSOP.com.

“I still can’t believe it. I don’t know how I made it, but someone I did. I was quite lucky to have some big hands. I won a coinflip when short-stacked with pocket nines against my opponent’s ace-jack offsuit. I won that won.”

As for the transition to live play, Yuan is excited about it.

“I’m a live guy. I think my live play is better than my online play. I can read people.”

Yuan has actually had some success in Las Vegas. Back in September, he won the Venetian DeepStack Showdown Event #18: $125 NLH Bounty for a current career-high $1,341 after a heads-up deal. It may have not been a huge score, but it was certainly a confidence booster.

So, what will happen if Yuan earns a big payday at the WSOP? Will more poker be in the cards?

“I think it really depends on how far I go at the final table,” he said. “If I go very deep, I might try poker full-time or 50 percent of my time, otherwise I think I might keep going for my Ph.D.”

For more on Yuan, check out this video interview with PokerNews.

Action will resume on Monday, December 28 as the final table players down to a winner live at the Rio All-Suite Hotel & Casino. PokerNews will once again bring you live updates until the final table is set. Be sure to join us then to see who wins the WSOP.com portion of the 2020 WSOP Main Event!