Doug Polk played passively on Monday and Daniel Negreanu isn’t quite sure if that’s a sign of things to come during the remainder of the challenge. Negreanu believes that if the Upswing Poker founder continues with this style of play, he has an edge going forward. 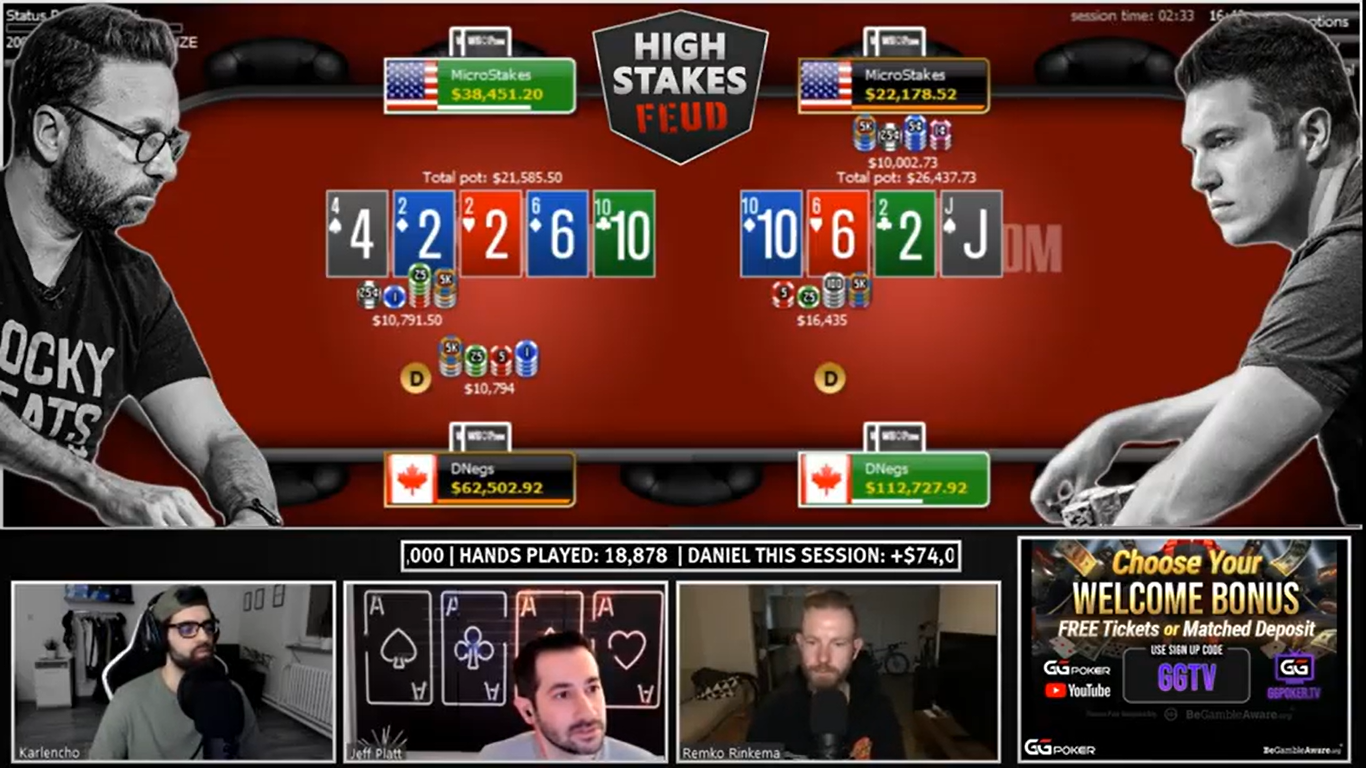 Is Doug Polk trying to run out the clock? (Image: YouTube)

Polk is in an awkward position, being that he has a big lead with just over 5,000 hands remaining and large side bets riding on the outcome of this heads-up No-Limit Hold’em competition. If he loses the match, he potentially loses millions of dollars. He refuses to say exactly how much he has booked in side bets, but it’s no secret that he has a sizable amount riding on this match.

Polk Trying to Run Out the Clock?

Polk entered Monday’s session fresh off a $390,000 loss on Friday, which erased a large chunk of a $1 million lead in a matter of four hours. Following that session, his odds of actually losing the challenge increased. And that means he must be mindful of the risks associated with continuing to play his usual aggressive style.

On Day 32, he began limping some buttons for the first time in the challenge. Negreanu said in his post-game interview on the GGPoker YouTube channel that he assumes Polk implemented the strategy to decrease his chances of losing big pots. In doing so, Negreanu suggests, Polk will be easily exploitable, but would be fine with giving back some of his profits to ensure he wins his side bets.

Negreanu also said it’s possible this is just some new strategy that Polk believes is a winning play, although he admits, that’s highly unlikely.

Monday’s session was one of the shortest of the challenge. Negreanu, who won approximately $45,000 on the day, booked his second straight win. He called it quits at the two-hour mark because he hadn’t developed a strategy to combat Polk’s new button-limping style of play.

The first hour or so of the match was quite uneventful. Neither player won a big pot until Negreanu shoved pre-flop with pocket threes and got a call from A-K with $104,000 in the middle. The board ran out 3-4-A-Q-K, giving “DNegs” the most crucial hand of an otherwise ho-hum session.

With more than 19,000 hands played, Polk’s previous $1 million lead has dwindled down to around $575,000 (awaiting official results). The question now is, will Polk continue to try and run out the clock and keep the pots small? Or, is GTO Doug going to return to the felt on Wednesday?