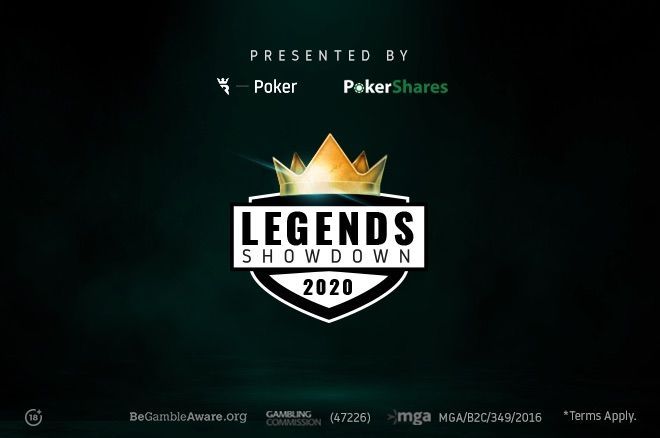 High-stakes no-limit hold’em action continued last week on Run It Once Poker with three more matches of the Legends Showdown.

After a strong first week, Pauli Ayras put together another good performance to cement himself as the favorite to grab the top seed before the knockout round. On the other hand, the first elimination has occurred as “Makeboifin” turned in three losses to resign themselves to the bottom of the standings. The other positions remain in flux, though Kevin Rabichow has also booked a second-round berth.

For a refresher on Legends Showdown, note the following section, or skip to the recaps if you’re already familiar with the format.

What is Legends Showdown?

In Legends Showdown, six players have bravely signed up to compete against fellow high-level professionals in €50/€100 heads-up no-limit hold’em.

In the first round, each competitor plays out three 750-hand matches against other randomly selected players in the pool. The player who comes out with a profit, no matter how big or small, gets a win, while the other takes a loss. Those with the four best records then advance to the semifinals, with ties broken by profit margin.

The matches lengthen in the semifinals and finals.

There’s also prize money for the ones who emerge as the best in the challenge. The winner gets €40,000 and some significant bragging rights, while the runner-up will receive €20,000.

All of the action will be streamed on the Run It Once Twitch channel with commentary and cards up.

Check out Run it Once Poker and start becoming a legend yourself!

Ayras got things started on an aggressive note as he semi-bluffed off a stack right away. In a three-bet pot, he check-called a

then check-raised all in on the

turn. Makeboifin found the hero call after he’d been initially bluffing with

and held to go up half a stack early on.

when he flopped a flush draw and gutshot against

, then he gave it right back hero calling

on a double-paired against pocket kings.

Ayras won several medium pots from there and worked into a small lead of about €7,500 when they took a break at the halfway mark.

They were about 160 blinds deep when Makeboifin had a chance to vault into the lead in a four-bet pot. Unfortunately for them, it was a bad spot with

flop arrived and Makeboifing check-raised then called off the rest only to brick out and get into a big deficit of about €26K.

The final big pot was another cooler in Ayras’ favor with kings again prevailing over ace-queen, and Ayras wound up with a win of about €38K.

After a massive win in Week 1, Holz got things started off right by picking off a bluff with aces on a four-straight board. However, he bluffed it right back off by three-betting pre and barreling off on

. Holz check-called another small-ish bet of €1,950 and checked the

. Only €5K was left to play with double that in the pot and Thuritz shoved, with Holz playing hero but losing to

, and both players checked. The river was a

. Thuritz check-called a bet of €5,587, having rivered a straight with

, and Holz was going for thin value with pocket jacks.

Thuritz earned another €14K three-bet pot with aces up against Holz’s sixes up, and suddenly, he was up almost €25K.

Holz mounted a comeback as he got value with flopped two pair against aces and eventually reduced his deficit to about €3,500 at the halfway mark. However, he got extremely unlucky checking back ace-king on the flop for a board of

, getting a subsequent raise called. On the

river, Thuritz snapped off his overbet shove with pocket sixes for the two-outer. Stacks were squared up heading to the final stretch.

Thuritz ran like hot fire after the break and rocketed up €30K winning big pot after big pot. They kept playing deep-stacked without resetting and Holz needed to make something happen late if he wanted another sick comeback. He called a four-bet with

and check-called one-third pot on

, Holz check-called €4,472, just over half the pot, and they both checked the scary

When the dust settled from the blasting match, Thuritz had collected €53K from the tourney legend.

and needing some help against

. He got plenty of it, turning a king and hitting a flush on the river to boot.

. Rabichow was up more than two buy-ins in less than 50 hands.

It looked like things would keep going Rabichow’s way when he cracked aces by flopping top two, but the river counterfeited him and he paid off a shove to give a stack back.

Rabichow’s lead had swollen has high as €40K, but Makeboifin made a bit more headway raising and calling a three-bet with

While that pot helped Makeboifin cut the deficit, they couldn’t really do anything further despite the 500 hands left to play. Stuck about €25K, Makeboifin opted to wave the white flag with about 60 hands left.

Learn about the latest hot promo on Run It Once: 101% rakeback!

With the second week of matches over with, here’s how the standings look:

Rabichow and Ayras have booked spots in the semifinals, but the last two spots remain up in the air. The winner of the first match of the final stretch of first-round play — Thuritz versus Li — will be guaranteed to advance. The loser could still make it as well depending on the result of Ayras’ match with Holz.

Here’s a look at the current PokerShares odds as of Tuesday evening:

The Legends Showdown continues Wednesday with the final two matches of the first round. Be sure to check it out on Run It Once’s Twitch channel.