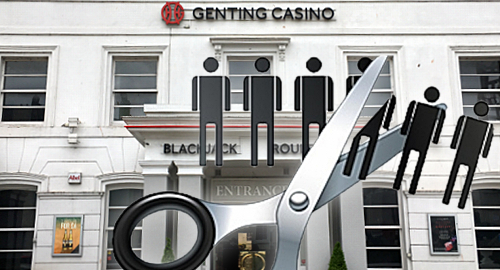 UK casinos have finally been cleared to reopen after their lengthy COVID-19 closure but the welcome news may have come too late for a large number of Genting UK staff.

On Friday, UK Prime Minister Boris Johnson laid out the latest phase of the government’s economic restart program, which will finally allow UK casinos to reopen to the public on August 1. The casinos were ordered closed in March as the country struggled to get its COVID-19 infection rate under control.

Betting shops were allowed to reopen last month but casinos were left behind, despite operators deploying the necessary health and safety precautions and furious lobbying by the Betting & Gaming Council (BGC) on behalf of the estimated 12k English casino staff furloughed since March.

On Friday, the BGC hailed the UK government’s announcement while demanding that regional authorities in Scotland and Wales “end the uncertainty” for the 2k casino staff in those regions who still don’t know when they might be going back to work.

The UK government’s announcement may have come too late for 1,642 staff at venues operated by Genting UK, which said Thursday that it would be trimming its payrolls due to the “temporary closure of business and reduced trading hours and changes to operating model.”

The company said “a significant number of those at risk of redundancy will remain on furlough” for the time being and the company promised to do what it could to “bring those individuals back in to the business at a later stage.”

Genting added that it had been leaning heavily on the government’s job retention scheme but “when it became clear to us that a significant number of roles could likely not be retained, it was only right to begin the redundancy consultation process.” It’s unclear what impact the government’s Friday announcement might have on Genting’s staff cull.

Genting warned last month that its casinos in Bristol, Torquay and Margate would likely not be reopening when the government finally sounded the all-clear. Paul Wilcock, who heads up the Malaysian conglomerate’s UK division, said the company was looking at “some very difficult options to ensure survival.”

Genting UK followed up that notice by calling time on poker operations at its UK properties, which will bring an end to the long-running Genting Poker Series. The company had only recently rebranded the series to reflect its new GentingBet identity.

Genting’s Singapore unit announced this week that it could lay off as many as 2,000 staff at its Resorts World Sentosa integrated resort, which was shut down in April due to COVID-19 and only recently received permission to reopen on a limited basis.