The US leg of the WSOP Main Event got underway on Sunday with many of the world’s top pros putting up $10,000 to try and win poker’s coveted title. 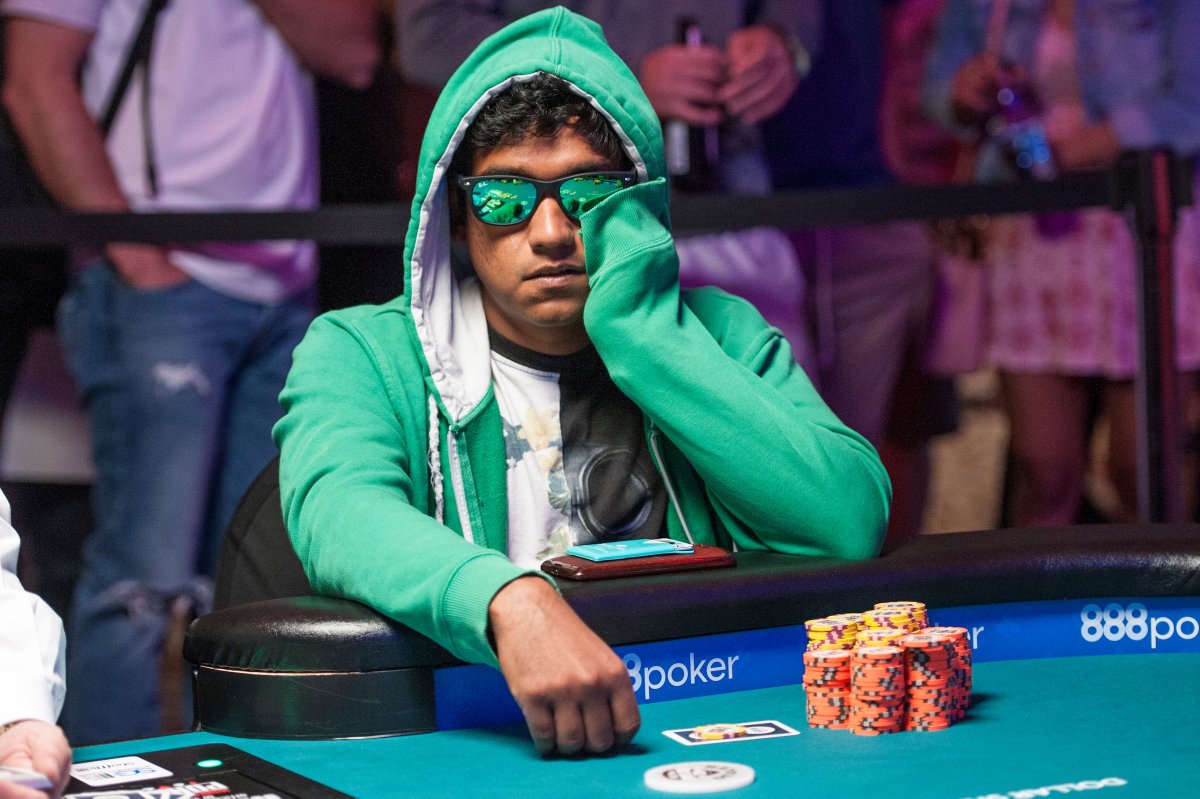 Upeshka De Silva is the man to beat on Day 2 of the WSOP Main Event American leg. (Image: Twitter/WSOP)

With players only allowed to ante up on WSOP.com if they were located in Nevada or New Jersey, the likes of Phil Helmuth had to travel specifically for the online MTT.

However, that didn’t seem to matter as the opening session attracted 705 players. That was more than international leg. Moreover, it broke the record for largest online tournament in the regulated US market.

With the prizepool topping $6.7 million, 107 players were slated to get paid as Day 1 played out. Adrian Buckley, aka ParTee, had the dubious honor of being the WSOP Main Event bubble boy.

The American got his money in the middle with pocket queens. Samthedog76 called with A♣ K♦ and it was off to the races.

The 7♥ 7♦ 7♣ flop was good for Buckley. However, a fourth seven on the turn put Samthedog76 ahead in the most unlikely fashion. The 10♥ on the river didn’t change anything and, with that, Buckley was out in 108th place and everyone else locked up $14,890.

With the bubble burst, short stacks started to take their shot. Among those making the money but falling short was Daniel Negreanu.

Kid Poker can’t seem to catch a break at the moment. As well as losing almost $1 million in his match against Doug Polk, Negreanu busted in 92nd place when his up and down straight flush draw failed to hit.

Also running deep but missing out on a place in Day 2 was Phil Hellmuth, Phil Galfond, and Michael Lech.

As that cast of WSOP stalwarts fell by the wayside, Upeshka De Silva seized his opportunities. The three-time bracelet winner bagged just short of 2 million chips to end Day 1 ahead of 70 other survivors.

The plan is to play down to a final table of nine. At that point, the action will stop, and the finale will take place inside the Rio, Las Vegas, on December 29.