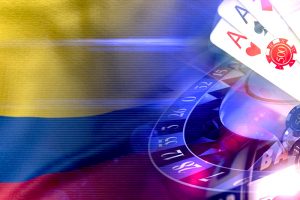 The company announced Monday that it has received certification to offer a selection of its innovative slots portfolio in Colombia. The certification enables Wazdan to collaborate with locally licensed online gambling operators and provide them with access to its certified content.

Colombia reorganized its gambling market in 2016 by adopting rules and regulations that enabled iGaming companies to apply for and obtain licenses from local regulators, and operate in a regulated environment.

The first online gaming license under the new regulatory regime was issued in 2017 and the local market has kept welcoming international gambling companies interested to operate in Colombia. A number of major content suppliers have too been certified and allowed to offer their products in the local iGaming space.

Wazdan will now be able to offer a range of its online slots, including hugely popular titles 9 Lions and Larry the Leprechaun. The company’s games are widely praised for their variety of mechanics and gameplay that appeal to players of all demographics and tastes.

Commenting on their Colombian expansion, Wazdan Head of Business Development for Spain and Latin America Albert Bellavista, said that the nation’s “solid regulatory framework” made it a logical location for the supplier to focus its Latin American expansion efforts on and that they are looking forward to “forming successful and longstanding partnerships in the market.”

Mr. Bellavista went on that their Colombian certification represented another milestone for the buisness and that they “have no doubt that the popularity of our games with local players will see them become staples of operators’ online lobbies.”

The certification paves the way for the supplier to soon introduce its casino games to Spanish players and take advantage of its innovative game strategy that enables players to adjust the volatility of some of its most popular slots out there on the market.

Wazdan has also recently been able to enter Switzerland after local regulators certified 15 of its top-performing online slots.

Wazdan has thus added Colombia, Spain, and Switzerland to the list of markets it has been certified to offer its content in. These markets also include the UK, Sweden, Denmark, Portugal, and Romania, among others.