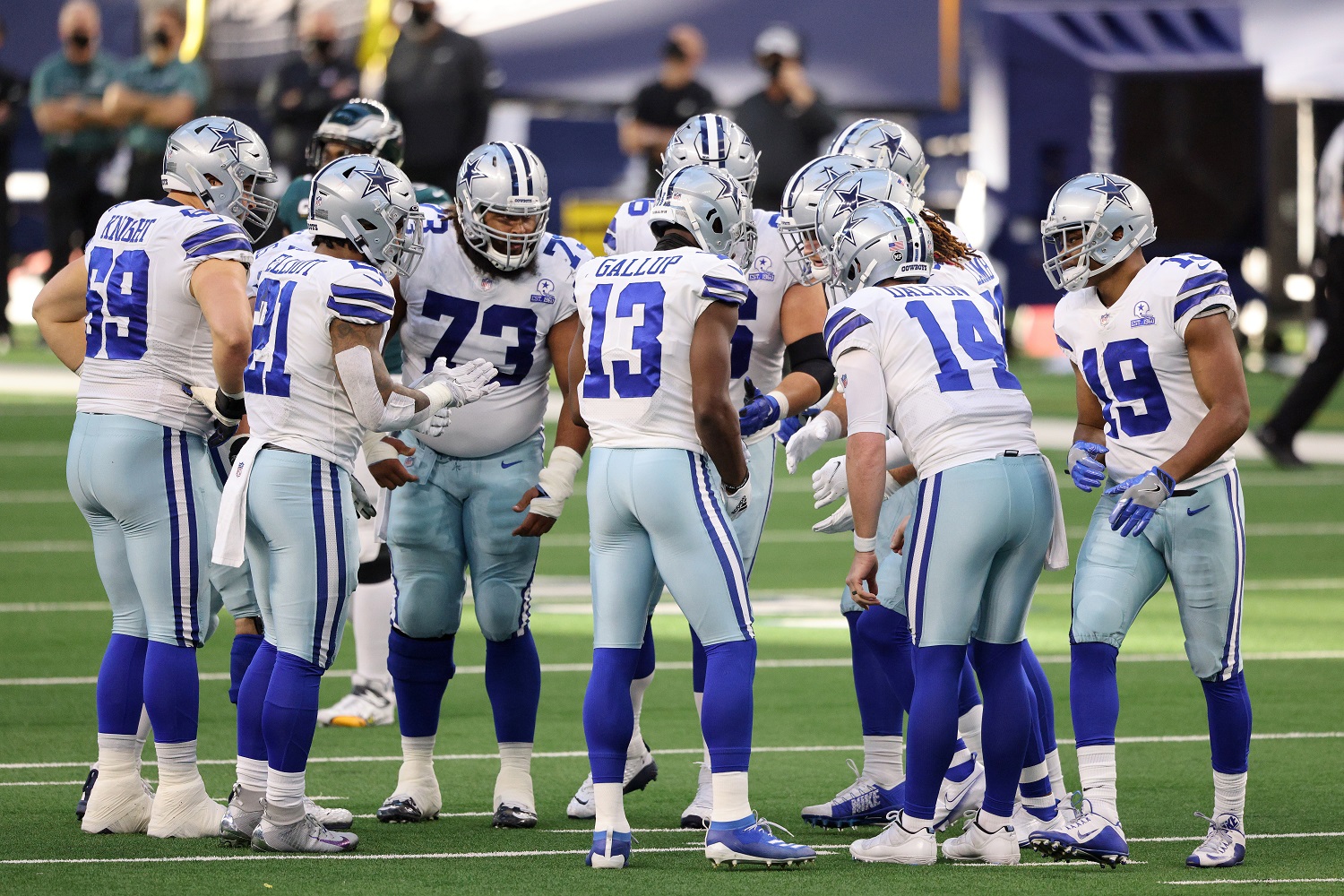 The NFC East has easily been the worst division in the NFL in 2020 but there’s no denying that the Washington Football Team, Philadelphia Eagles, New York Giants, and Dallas Cowboys have certainly kept things entertaining.

No matter who ends up winning this division (we do know it can’t be the Eagles after they were beaten by the Cowboys on Sunday), a lot of fans will be livid as there will be a number of teams with far better records that will be going home following the action in Week 17 while the Cowboys, Giants, or Washington will host a wild-card game. And with Washington’s loss to Carolina on Sunday, we know that whichever team hosts that playoff game will have a sub-.500 record.

So with the Eagles officially eliminated, Washington, Dallas, and New York all still have a chance to win the NFC East. And given what happened on Sunday, there’s also still the chance that each of those teams ends up with a 6-10 record? So what happens then?

Let’s dive into the scenarios, shall we?

Coming into Week 16, we knew that the Washington Football Team had a chance to clinch the NFC East with a win combined with a New York Giants loss. The Giants did their part by getting beaten by the Baltimore Ravens, 27-13, but Washington couldn’t take advantage as they were soundly defeated by the Carolina Panthers, 20-13, dropping their record to 6-9, which also kept the 5-10 Giants in the race.

We also knew coming into the week that the loser of the game between the Philadelphia Eagles and Dallas Cowboys would officially be eliminated from playoff contention no matter what happened in the other two games. The Cowboys got down early but fought back and earned a 37-17 victory, their third consecutive win, keeping themselves alive in the division race at 6-9.

As it is with every other division in football, the four teams in the NFC East will match up against a division rival in Week 17.

The Washington Football Team will visit the Philadelphia Eagles while the New York Giants will host the Dallas Cowboys. Both games start at 1:00 p.m. Eastern/Noon Central and both will air on FOX.

What happens if there’s a three-way tie at the top of the NFC East?

So how do the Dallas Cowboys, New York Giants, and Washington Football Team go about winning the NFC East?

As it was in Week 16 for Washington, things are quite simple in Week 17. Just win. If Washington defeats Philadelphia, they’ll finish with a 7-9 record. So even if the Cowboys beat the Giants and finish with the same 7-9 mark, Washington would win the NFC East due to the fact they beat Dallas twice in the regular season. And if both Washington and the Giants win, the Football Team would still finish one game ahead of New York.

If Washington loses to the Eagles and the Cowboys beat the Giants, Dallas would finish one game ahead of the Football Team and two games ahead of the Giants and would win the division outright at 7-9.

Now let’s say that Washington loses to Philly and the Giants beat the Cowboys, which would put all three teams at 6-10. So what happens then? In that scenario, New York would be crowned NFC East champs as they would have the best overall record in head-to-head matchups with Washington and Dallas at 3-1. Washington would be at 2-2 and the Cowboys would be at 1-3.

So the simple way to say it is that if the Washington Football Team loses to the Philadelphia Eagles, the winner of the New York Giants vs. Dallas Cowboys matchup wins the NFC East.