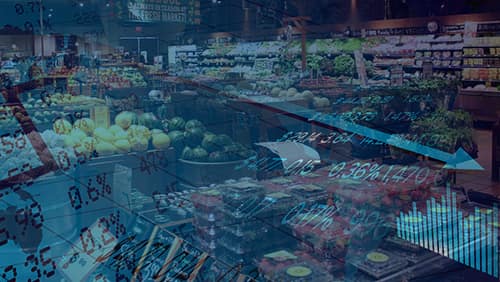 Thanks to a wise Macanese court, a patently ridiculous $12 billion litigation against Las Vegas Sands has been postponed for another year. That may sound like a real relief, but given that the chances LVS would ever be forced to pay such a ludicrous sum are essentially zero anyway, the news is really nothing more than a yawn. This is especially so in the current environment where Macau’s economy has contracted by an unfathomable 61% last quarter, numbers akin to an Independence Day-style alien invasion.

It’s not even that these numbers are entirely COVID-19 related either. Macau’s economy, at least as measured by GDP, has been contracting for 6 straight quarters now. COVID-19 appeared to catch it in the middle of an already year-long downturn.

Even if LVS loses eventually, any sum actually rewarded will be insignificant, and that’s assuming that the current monetary system even survives another year. There are signs out of Macau itself that it may not. Why is Macau relevant to this question at all? Because Macau’s economy is a convenient microcosm of what happens when you are almost entirely dependent on a single industry or export. For Macau it’s gambling. For the United States, it’s dollars, the main and most important American export to the world. Yes, America is also a banana republic in that sense.

Yes, Macau may have a very sophisticated, luxurious, top-tier banana that the world’s super rich just love to snack on, but a banana republic is still what it is.

What is happening in Macau on a macro scale is an extreme case of what is happening across the world. That’s why Macau’s direction will signal where the world is headed more broadly in terms of economic pain. Demand for everything is falling in Macau as the economic engine has stopped, making it look like prices are falling. They are, nominally, just not in terms of percentage of real incomes spent. Except prices are not falling even nominally for one thing in particular: Food.

No matter how poor you are, you still have to eat basically the same amount that you ate the day before, regardless of economic conditions. If aggregate demand for food is falling in real terms, that means the human population is falling. There is no such thing as falling aggregate demand for food so long as the human population on earth is stable or growing. Falling energy demand, sure. People can stop driving, stop traveling, stop moving around, stop using electricity and survive. They cannot stop eating food and survive.

GGRAsia reports on Macau’s massive retail sales decline, and this key paragraph is buried at the end of the article:

The only retail category that showed growth in value of sales – in either the second quarter or the half year – was the supermarket trade. It registered a 13.7 percent second-quarter gain year-on-year, to MOP1.28 billion. The aggregate first-half gain was 14.3 percent, to MOP2.74 billion.

This looks hard to square with food inflation statistics out of Macau now, which show food prices on the surface rising by only 3.2% last quarter. However, in the context a 61% decline in GDP, rising food prices should be a very scary thing. Think of it in terms of percentage of Macanese incomes spent on food this year versus last year. This is why I do not believe that the current bump in online gambling revenues in Europe for example, will be sustainable long term. A higher and higher percentage of incomes will be used up on food bills, leaving less for gaming.

Macau will be a good bellwether here because it historically has been very sensitive to food prices. Here is the long term chart of food inflation there.

You can see how extreme it can get during the final months of a credit cycle boom as we had in 2007/2008, during which the territory did not even see a nominal year over year decline in GDP at all. The worst it got was Q2 2009 when GDP fell just over 10%. The decline now is many times worse. Under the current circumstances of collapsing incomes, if we see food inflation numbers rise even close to what we saw in 2008, we could start seeing food riots in Macau.

I am also getting word from some of my newsletter subscribers in Hong Kong that the average price of a bag of rice there is now 10% higher than it was in February. So it’s not just Macau.

Now it seems the mainstream megabanks are picking up on this. Bank of America currency strategist Athansios Vamvakidis is sounding the alarm on this exact issue, and he isn’t pulling punches. Says Vamvakidis in a note to investors, “In theory, at some point, loose macro policies, in both a good and a bad state of the global economy, will likely lead to inflation.”

What he means by both a good and bad state of the global economy is that food prices can rise even during recessions, for the very reasons I explained above, namely that aggregate food demand cannot fall in any environment assuming stable or growing population. He continues:

The longer it takes [for inflation to show up] the more addicted markets become to macro policy support making the eventual adjustment harder. Even if central banks are willing to overshoot their inflation target, non-linearities may make their task challenging, while in any case markets may start pricing rate hikes and the so-called central bank policy put could weaken. Only low inflation has allowed the I-am-so-bearish-I-am-bullish market in recent years. If and when at some point we do get inflation, this equilibrium will likely break.

So if you want to know if and when the system is about to buckle, watch food prices in Macau. If they start heading down again, we may have another few years of limping along. Here’s to hoping.